Within less than 200 years positivism – primarily a methodological decision to discuss “facts” instead of “ideas”, “sensations” or “matter” – has turned from a challenging philosophical position into the mainstream of scientific thought. Yet positivism was immediately more.

A global network reaches back into the years when Auguste Comte began to propagate the philosophical stance as a secular platform of social developments. Writers from George Eliot and Émile Zola to Michel Houellebecq, politicians like Kemal Atatürk, scientists from Heinrich Hertz to Stephen Hawking have promoted scentific theorising, technological progress, secular systems of education, and global solutions of the social question as pronounced positivists.

Our views are, after all those years, no longer simple. Religion, atheism or agnosticism? Didn’t we discredit the entire debate as purely theological? A secular religion? We have tested our own “Religion of Humanity”. The limitations of our epistemological stance? Logical positivism was all about defining the limitations of knowledge from within. Scientism? It has impressed us as little as the proclamations of “fundamental scepticism” whether they came from philosophers or conspiracy theorists. Knowledge is a historical and social construct and, as such, absolutely relative.

We are here for the wider consideration. You can hang out with us on Facebook, Google+, Quora, Pinterest, and Twitter or here on our wider web platform. Use our facilities and reflect reality as you perceive it. Use our site for interviews and confrontations,

join us in critical debates!
positivists@positivists.org 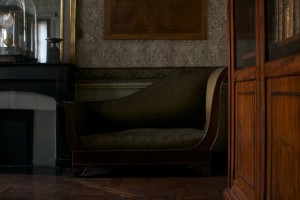