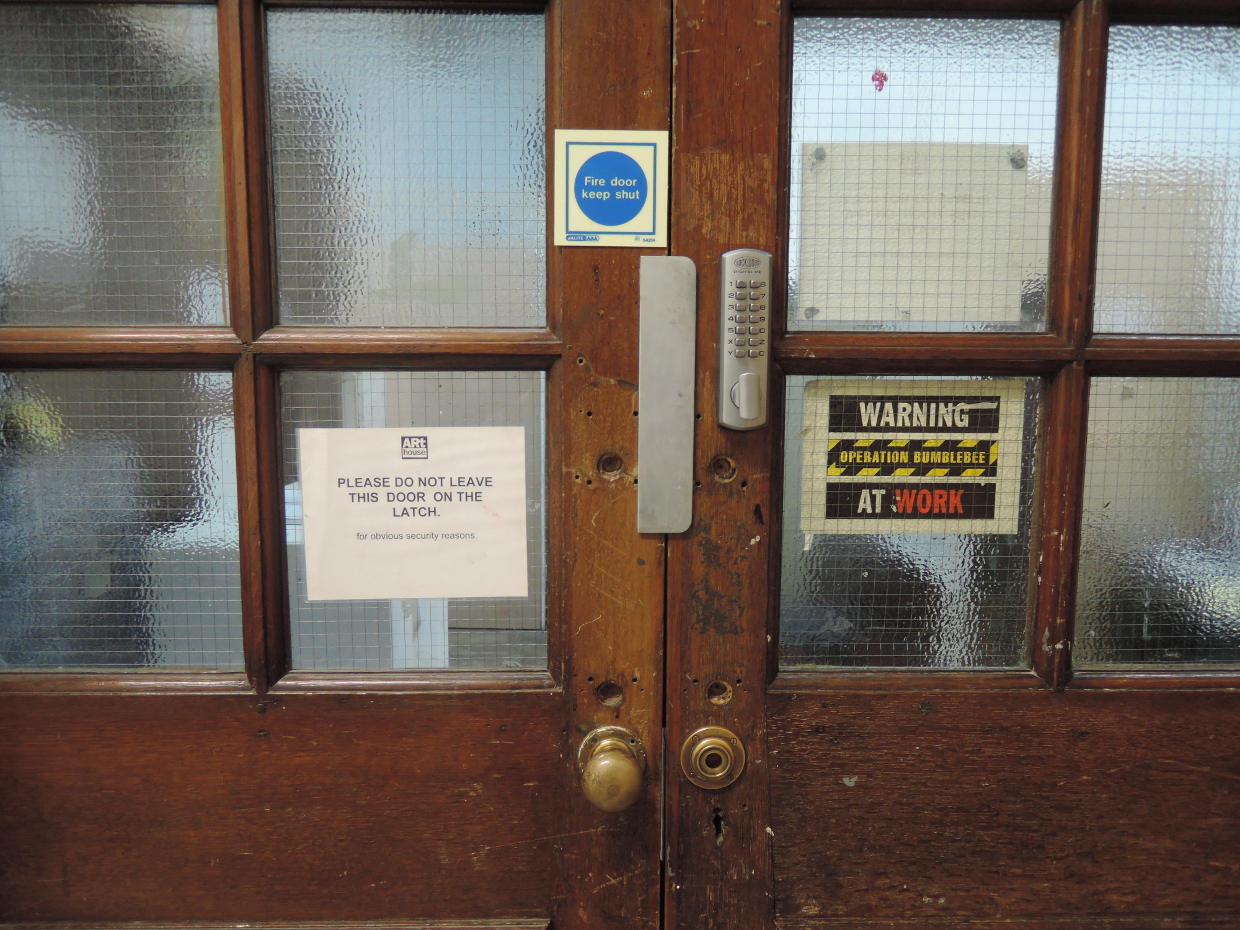 Someone should write this chapter!

And someone should write this chapter!

The Church in Liverpool, Upper Parliament Street, had been designed by William Henry Ansell. The building is today a listed monument with the following architectural description:


Christian Science Church, built as Temple of Humanity. 1914. W.H. Ansell. Brick with patterning of tiles. 5-bay nave with passage aisles, chancel with canted apse, and projecting organ loft to left of chancel. Aisles have swept flying buttresses, Diocletian windows to clerestories. Projecting porch to south has gable and round-headed entrance. Apse has niche with segmental open pediment and iron grille; gable has pediment flanked by swept parapets. Interior has arcades with segmental arches, aisles have niches. Chancel has low wall and elliptical apse and baldachino with Byzantine columns. Nave now divided by partition, and ceiling to both nave and chancel below clerestory level. [Historic England]

Liverpool’s Positivists used the building only briefly in the trobled period after the “Church of Humanity Murder case” of 1913. The London Times gave this report of the case on 9 October 1913, p.3 — an account that sheds light on the question to what extent the Religion of Humanity had remained an alien sectarian project in Britain. The killings would today rank as a case of running Amok with the usual features of a male perpetrator who takes revenge on a community that rejected him before he kills himself. The two victims were the congregation’s leading female member and one of her protégés. A third victim escaped the killing spree:

TWO MURDERS IN LIVERPOOL.
SUICIDE OF THE MURDERER.

Two murders, followed by the suicide of the murderer, were committed in Liverpool on Tuesday night. A carpenter named William MacDonald, aged 20, attacked Mr. R. P. Roberts, who escaped with slight injuries, and then killed a young companion, named Paul Gaze, aged 24, and Miss Crompton, aged 42. and ﬁnally committed suicide. All those involved are connected with the Church of Humanity .in Upper Parliament-street, Liverpool.

At 10 o’clock on Tuesday night MacDonald, who was an ardent Socialist, called upon Mr. Roberts at his house in Islington, and when Mr. Roberts opened the door struck him on the head with a life-preserver, ﬁred a revolver at his head, and escaped. The bullet passed through Mr. Robert’s nose, but fortunately did not injure him seriously. MacDonald appears to have shortly afterwards met Gaze, who was a particular friend of his. and to have accompanied him to his lodgings in Grove-street, ten minutes’ walk from Islington. When they had been in Gaze’s apartments for a few minutes the maidservant heard two sounds like the rapping of a cane on the door. Shortly afterwards she saw the front door open, and on going into the room found Gaze lying dead on the hearth rug with bullet wounds in the head and heart. The murderer then seems to have gone to the house of Miss Crompton, in Bedford-street South, only a few minutes’ walk away. Miss Crompton, on being asked for, came downstairs and invited the young man into the dining-room. A few minutes later the other occupants of the house were horriﬁed to learn that Miss Crompton was lying dead with a bullet wound through the head and that MacDonald was mortally injured in a similar way. Macdonald died from his self-inﬂicted injuries three hours later.

Miss Crompton, who was very well connected in Liverpool, was the daughter of the late Mr. Albert Crompton, who was the second minister of the Church of Humanity, and a granddaughter of the late Sir Charles Crompton, who was a Justice of the Queen’s Bench from 1852 till his death in 1865. A member of that Church stated to our representative what in his view and in that of many other members was the motive for the murders. When a child is born to a member, he explained, it is presented to the Church and some individual member promises to look after it in the event of its parents’ inability to do so. The man Gaze, who was born in the Church in this way, lost his parents when he was an infant—Miss Crompton had stood sponsor for both Gaze and his brother and had devoted much time and money in promoting the interests of the young men. She showed particular fondness for the murdered man Gaze and when he some years ago went to Africa she still kept up a correspondence with him. In the meantime Mr. Roberts, a member of the Church, had introduced MacDonald to the sect, and Miss Crompton as was her wont, took a deep interest in his welfare, teaching him music and generally looking after him. When Gaze returned from Africa, eight weeks ago with his wife, MacDonald apparently became very jealous of the lady’s former protégé.

MacDonald, although he attended Miss Crompton’s classes. showed a good deal of antagonism to the Positivist theory. The new Temple of Humanity in Upper Parliament-street has no yet been opened, and in the meantime the services are being conducted in Falkland-street. The ministers of the Church have been Dr. Thomas Carson, with whose widow Gaze was residing, and Mr. Albert Crompton, and at present Mr. Sydney Style is the minister. A pathetic coincidence is that the 18-year-old bride or Gaze was in Miss’ Crompton’s house when that lady was murdered. It appears that Gaze married her in accordance with the rites of the Church of Humanity in West Africa where he met her, and they returned to England immediately after the ceremony. The reason why Gaze, was living in lodgings and his wife with Miss Crompton is explained by a statement which was made by a member of the Church. The girl, he said, whole a. Portuguese, was brought home by Gaze eight weeks ago. She was unable to speak any English, the only tongues of which she had a knowledge being Portuguese and French. By the rules of the Church it is necessary for a man and wife after going through the civil ceremony of marriage to take a vow of chastity for three months, and afterwards, if they find that their tempers are compatible, the marriage is ratiﬁed by the Church. The three months of probation were very nearly at an end at the time the murder occurred. Miss Crompton, who. was a capable linguist, used to speak to Mrs. Gaze in her own language, and had shown much kindness to her. (Times archive)

Liverpool’s congregation did not survive the spotlight it attracted in the affair. The building was only used for a short time before it became the new place of worship of the Third Church of Christ Scientist in 1914. (Click here for a picture of the present interior.)