…have become a predominantly feminist agenda of rejecting cultural dictates and norms that affect (female) bodies and sexualities — especially if these dictates should come from feminists. Body-positivism is here the wider and less militant movement with advocates claiming basically a right to be happy with their bodies as they are. More radical and recent groups often also active in the sex-positive movement will extend this to the right to modify their bodies in positive expressions of their personalities. The spectrum goes here from health and wellness, a fight against all dictates of fashion to fans of body modification. To allow female bodies “to have curves” is a more trivial movement here.

Public usage of the term eventually peaked with body studies promoted by feminist literary theory in the late 1990s. 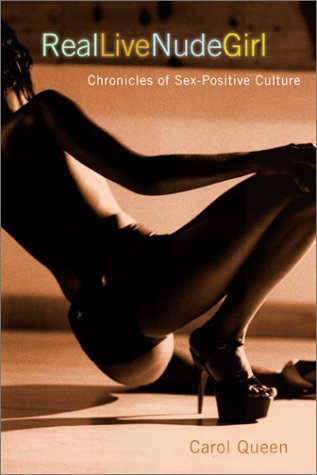 The sex-positive movement evolved out of the sexual liberation of the late 1960s and grew initially in the shadow of the body-positive movement. The term gained wider appeal around 1980 with sex-positive feminism, also known as pro-sex feminism, sex-radical feminism, or sexually liberal feminism and was adopted at the same moment by gay and lesbian activists. The word has in the wider sense been defined by Carol Queen in Real Live Nude Girl: Chronicles of Sex-Positive Culture (Pittsburgh: Cleis Press, 1997):

Sex-positive, a term that’s coming into cultural awareness, isn’t a dippy love-child celebration of orgone — it’s a simple yet radical affirmation that we each grow our own passions on a different medium, that instead of having two or three or even half a dozen sexual orientations, we should be thinking in terms of millions. “Sex-positive” respects each of our unique sexual profiles, even as we acknowledge that some of us have been damaged by a culture that tries to eradicate sexual difference and possibility.

The movement eventually fuelled the “Feminist Sex Wars” that evolved out of the clash between anti-pornography feminists (such as Catharine MacKinnon, Andrea Dworkin, Robin Morgan and Dorchen Leidholdt) and a feminist opposition which considered this movement to be oppressive and directed against both the female body and a women’s — sexual — liberation. Ellen Willis, Susie Bright, Patrick Califia, Gayle Rubin, Carol Queen, Avedon Carol, Tristan Taormino, Diana Cage, Nina Hartley, and Betty Dodson became open advocates of the sex-positive movement.

Both terms are partly connected. Radical feminist websites merge the issues with a sex-positive body pride. The body-positive movement is otherwise wider and, on the web and on the book market, to a good extent commercialised. Sex-positive websites can be linked to gay and lesbian websites and the HIV-positivism movement. Body-positivism — especially the commerical branches — can easily merge into the positive thinking movement.