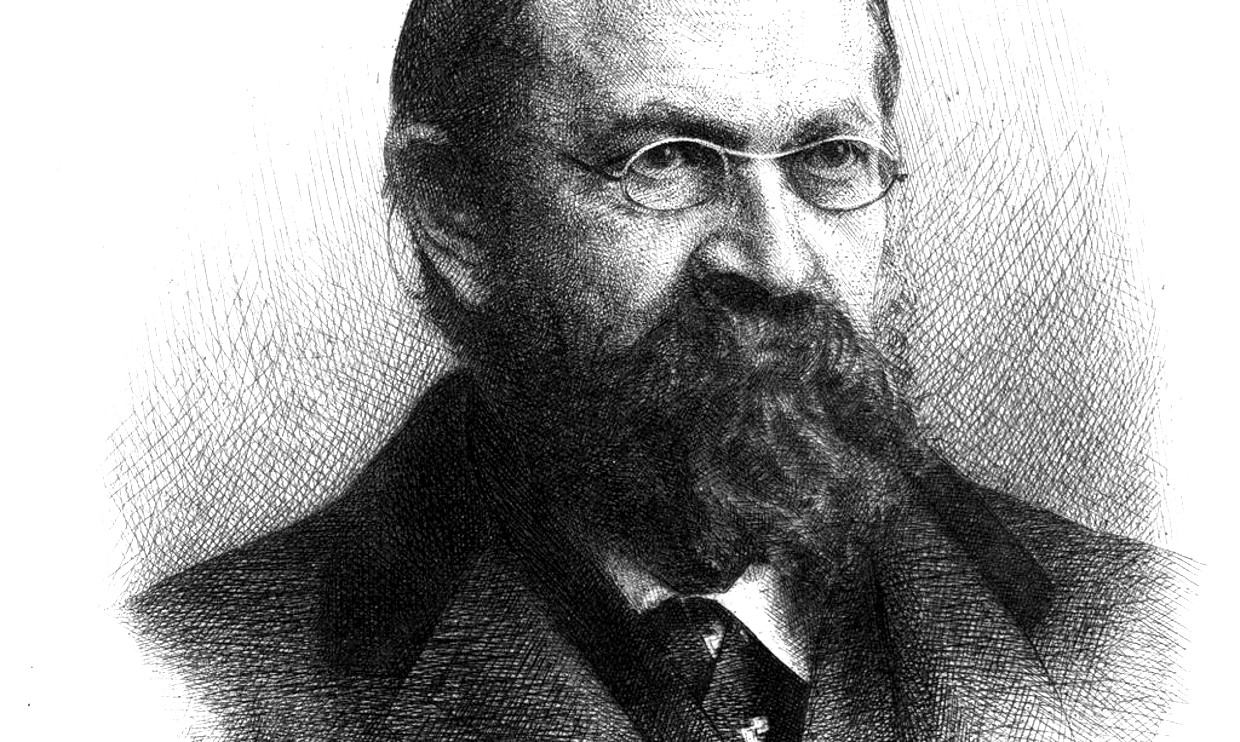 “Matter” is among the concepts he rejects – as a positivist or as a strict empiricist. In the preface to the fourth edition of his Analysis of Sensations (1902) he is happy about the company of those philosophers who have developed much the same views during the past 35 years — “positivists, critical empiricists, adherents of the philosophy of immanence, and certain isolated scientists as well.”

We do not experience matter, so Mach. The very idea of constancy (required by matter as soon as it is supposed to be elementary and irreducible) cannot become part of our perceptions. We are dealing with perceptions, and we create models which might involve the construction of space and of objects occupying this space. The physicist should, however, so Mach, leave the question of substance open:

Really unconditioned constancy does not exist, as will be evident from the preceding considerations. We attain to the idea of absolute constancy only as we overlook or underrate conditions, or as we regard them as always given, or as we deliberately disregard them. There is only one sort of constancy, which embraces all the cases that occur, namely, constancy of connexion or of relation. Substance, again, or matter, is not anything unconditionally constant. What we call matter is a combination of the elements or sensations according to certain laws. The sensations connected with the different sense-organs of a particular man are dependent on one another according to laws, as are the sensations of different men. It is in this that matter consists. The older generation, especially the physicists and chemists, will be alarmed by this proposal not to treat matter as something absolutely constant, but to take as constant, instead, a fixed law of connexion among elements which in themselves seem extremely unstable. Even younger minds may find this conception difficult; but the view is inevitable, though I myself at one time went through a great struggle in order to arrive at it. We shall have to make up our minds to some such radical change in the method of our thought, if we want to escape the alternative of perpetually recurring helplessness in the face of these questions.

There can be no question of abolishing from ordinary everyday use the vulgar conception of matter which has been instinctively developed for this purpose. Moreover, all our concepts of physical measurement can be maintained, only receiving such critical elucidation as I have tried to carry out for mechanics, heat, electricity, etc. Purely empirical concepts here take the place of metaphysical. But science suffers no loss when a “matter,” which is a rigid, sterile, constant, unknown Something, is replaced by a constant law, of which the details are still capable of further explanation by means of physico-physiological research. In doing this our object is not to create a new philosophy or metaphysics, but to promote the efforts, which the positive sciences are at this moment making, towards mutual accommodation. [link into the book]

Mach is opening doors with such statements – doors into 20th- and 21st-century research. He is ready to lead into modern quantum field theory, into statements as Sean Carroll makes them in this YouTube-video in which he considers that “really the world isn’t made of particles” (but of fields that gain values at every point in space).

Mach’s readiness to go back to subjective and personal perceptions and to reduce his personal thought to elementary combinations of sensations is mindboggeling. Can he hope to define these elementary perceptions? We interpret, so Mach, tactile, visual, and acoustic sensations, we see correlations between elements of such sensations. What exactly is such an “element”? Not the individual nerve impulse, for I do not perceive that electric impulse as such.

Even our will is, so his sensation, a sensation, a perception. He looks back on a stroke he suffered in 1898. While paralysed he tried to move his arm. To be precise about this, he adds, that he could not actually get a feeling for this “will” he needed to perform the movement. The sensation of the will to move the arm had gone with the ability to move it, or was it part of that ability or part of the very movements? The perception of the will was, so it turned out, connected to the operations he would perform and lost with the ability to perform. [link into the text passage]

Do we dream our will, our impulses to move, in dreams in which we run? Is that will-sensation in the dream not as much a sensation that dream is made of as the visual field we experience while running in the dream? What is cause and consequence in all these combinations of sensations? Do we smile because we are happy? Or do we become happy when we smile? The latter, so Mach, thinking about the connections of his sensations (or persuaded much rather by the contemporary psychological debate?).

Some of the connections we draw in our interpretations of sensations seem to be preconditioned by how our brains and our sense organs are tuned to work — useful defaults of the biological evolution. Some interpretations seem, however, to be much rather cultural constructs. On the one hand we have to do much to overcome the limitations these modes of biological and cultural interpretation impose on us. On the other hand we should feel privileged and able to construct views and to transmit concepts and thoughts if not complex clusters of sensations. Connections we create live on after our deaths and Mach is ready to appreciate this afterlife. The ego that is threatetend by death has to be better understood as nothing but an interpretation and wants to be overcome as a concept of dreadful limitations:

The primary fact is not the ego, but the elements (sensations). What was said on p. 21 as to the term ” sensation ” must be borne in mind. The elements constitute the I.  I have the sensation green, signifies that the element green occurs in a given complex of other elements (sensations, memories). When I cease to have the sensation green, when I die, then the elements no longer occur in the ordinary, familiar association. That is all. Only an ideal mental-economical unity, not a real unity, has ceased to exist. The ego is not a definite, unalterable, sharply bounded unity. None of these attributes are important; for all vary even within the sphere of individual life; in fact their alteration is even sought after by the individual. Continuity alone is important. This view accords admirably with the position which Weismann has reached by biological investigations. (“Zur Frage der Unsterblichkeit der Einzelligen,” Biolog Centralbl., Vol. IV., Nos. 21, 22; compare especially pages 654 and 655, where the scission of the individual into two equal halves is spoken of.) But continuity is only a means of preparing and conserving what is contained in the ego. This content, and not the ego, is the principal thing. This content, however, is not confined to the individual. With the exception of some insignificant and valueless personal memories, it remains presented in others even after the death of the individual. The elements that make up the consciousness of a given individual are firmly connected with one another, but with those of another individual they are only feebly connected, and the connexion is only casually apparent. Contents of consciousness, however, that are of universal significance, break through these limits of the individual, and, attached of course to individuals again, can enjoy a continued existence of an impersonal, superpersonal kind, independently of the personality by means of which they were developed. To contribute to this is the greatest happiness of the artist, the scientist, the inventor, the social reformer, etc.

The ego must be given up. It is partly the perception of this fact, partly the fear of it, that has given rise to the many extravagances of pessimism and optimism, and to numerous religious, ascetic, and philosophical absurdities. In the long run we shall not be able to close our eyes to this simple truth, which is the immediate outcome of psychological analysis. We shall then no longer place so high a value upon the ego, which even during the individual life greatly changes, and which, in sleep or during absorption in some idea, just in our very happiest moments, may be partially or wholly absent. We shall then be willing to renounce individual immortality,’ and not place more value upon the subsidiary elements than upon the principal ones. In this way we shall arrive at a freer and more enlightened view of life, which will preclude the disregard of other egos and the overestimation of our own. The ethical ideal founded on this view of life will be equally far removed from the ideal of the ascetic, which is not biologically tenable for whoever practises it, and vanishes at once with his disappearance, and from the ideal of an overweening Nietzschean “superman,” who cannot, and I hope will not be tolerated by his fellow-men. [link into the book]