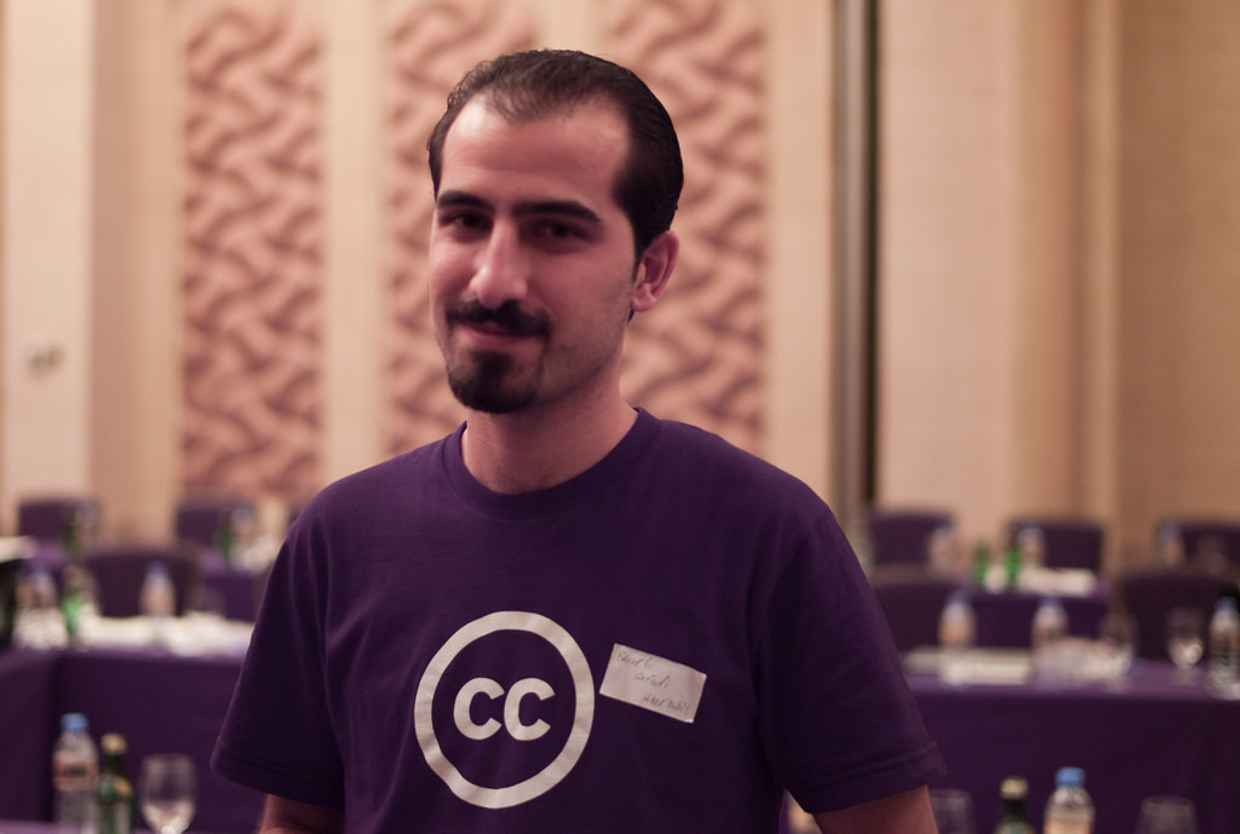 We are deeply saddened and completely outraged to learn today that our friend and colleague Bassel Khartabil has been executed by the Syrian regime.

Bassel was Creative Commons’ Syrian project lead, an open source software programmer, teacher, Wikipedia contributor, and free culture advocate. He was also a devoted son and husband, and a great friend to many people in the open knowledge community around the world. The projects and communities he helped to build live on across the globe, and will remain a tribute to his leadership.

In March of 2012, Bassel was taken from the street in Damascus amid a wave of military arrests. He was jailed for several years, during which time he was allowed to infrequently communicate with family members. Then, in October 2015, he was abruptly transferred to an undisclosed location. At that time, all communications between Bassel and the outside world ceased. The Creative Commons board publicly called for Bassel’s immediate release, and the MIT Media Lab offered Bassel a research position in its Center for Civic Media. His family and friends prayed for his safe return, and are heartbroken today to learn the awful and terrifying news of his execution.

Over the past several years, a variety of human rights groups called for Bassel’s release. Amnesty International launched a campaign through its Urgent Action network that encouraged the public to write letters to Syrian authorities and urge them to grant Bassel access to his family, a lawyer, and medical attention. The US State Department singled him out on International Human Rights Day in 2015 as a “prisoner of conscience.”

Additionally, since his detention, an international community of Bassel’s friends and colleagues have worked to raise awareness about Bassel, his projects, and his story through the #FreeBassel campaign. As an extension of this project, a massive 3D-printed rendering of one of the Palmyra Tetrapylons was created for and exhibited at this year’s Creative Commons Global Summit. The rendering was a tribute to Bassel and was made directly possible by Bassel’s work in the founding of #NEWPALMYRA, an effort to digitally capture and remodel the endangered ruins of Palmyra.

Around the world, activists and advocates seek the sharing of culture, and open knowledge. Creative Commons, and the global commons of art, history, and knowledge, are stronger because of Bassel’s contributions, and our community is better because of his work and his friendship. His death is a terrible reminder of what many individuals and families risk in order to make a better society.