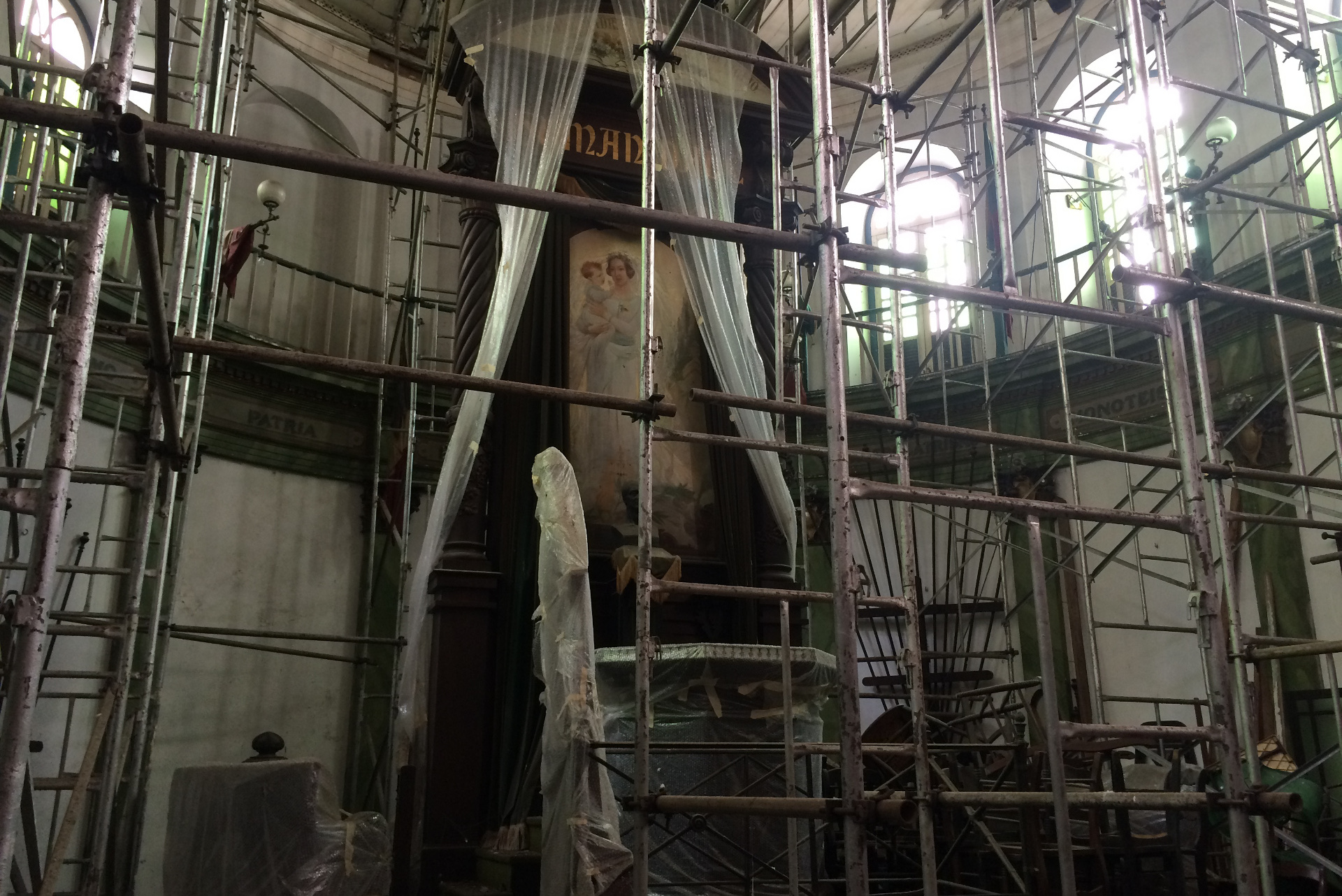 Olaf Simons: You have made a beautiful film on Positivism in Brazil.

"The Last Religion" (Documentary about Positivism in Brazil, 2015) from Hugo Pinto on Vimeo.

What gave you the idea to work on such a – shall I say strange – topic?

Hugo Pinto: Thank you very much, I’m glad you enjoyed the film.

It was in college that I first first heard of Auguste Comte and positivism. At that time, I was impressed by his ambitions, the enormous scope of his project, his work. Many years later, at the beginning of 2015, because of the attack in Paris against the Charlie Hebdo satirical newspaper, a series of articles led me to the Religion of Humanity in Brazil. I was surprised to learn that positivism had such an impact in Brazil, and that there was still a cult of the Religion of Humanity. I was immediately focused on that story and the idea of a documentary unfolded right away.

Olaf Simons: You give insight into the temples of Rio de Janeiro and, later in the film, of Porto Alegre. We can use this interview to offer some of the photos Paul Marett has sent us of the Temple in Rio, so that readers get an impression. Was it difficult for you to get access to these places?
Hugo Pinto: Not at all. Early on I contacted the Positivist Church of Brazil, who are responsible for the Temple in Rio de Janeiro, and they were very open to the idea of a documentary. The same with people in Porto Alegre. Everybody showed a great generosity. The Temple in Rio is in a bad shape since 2009 – there’s a big crack in the roof. For safety reasons, it has been closed to the public, but we managed – me and Luísa Sequeira, the director of photography who also was a producer – to go inside and see the damages. It’s heartbreaking.
Olaf Simons: It is most certainly something like a world heritage. Europe had such temples in the 19th and early 20th centuries – in France, Great Britain and Romania. They are almost all lost. Did you sense a broader awareness that this is something of national importance that needs protection and that will find protection in Brazil?
Hugo Pinto: The Temple in Rio de Janeiro was the first that was built from the scratch. It was completed in 1897. I believe that a growing number of people in Brazil is aware of it’s importance, but there is still a great struggle to protect it – to reconstruct and restore its dignity. At the end of 2015, UNESCO recognized the value of its collection (various publications by the early positivists). That’s important, but more needs to be done so that the Temple can have a life – like it once had. It should be more than a mere curiosity of a long lost past or a relic. It should be a living force. This is what I found in Porto Alegre, where the Chapel of Humanity is open to the public on all Sundays.
Olaf Simons: Your film creates a strange – and wonderful – tension between something that is very much alive; the people you are interviewing introduce themselves as “positivists”, as people who have found to positivism on an almost religious quest, whose lives have been saved by positivism, and who have family backgrounds in the Religion and a personal mission…. Even they are at the very same moment ready to speak of positivism as something that failed. Was this something sensitive to address in these – extremely personal – encounters?
Hugo Pinto: Yes, it was obvious that this was a personal matter – for the people I talked to, positivism was some kind of a heritage – a familial heritage. Almost everybody I interviewed in Rio was related – there are two brothers and two cousins. And they all were positivists because they were born into positivist families. There were these emotional bonds, but emotion also stemmed from the fact that the positivist dream was just that – a dream. Reality had taken a different road, a long time ago. But you could also sense optimism. People in Brazil are generally upbeat, and that was also the case amongst the positivists I knew.
Olaf Simons: It is apparent that positivism – the sort of positivism you have found in Brazil – was or became a deeply national affair. As you say, it spread in family networks in a very specific process of nation building. Would the religion you have portrayed be imaginable anywhere else?
Hugo Pinto: We can only speculate, but it’s a fact that Brazil has been, historically, a fertile ground for religions. You can find all sorts of cults across the country. Religion is something ubiquitous. Compared to other parts of the world, positivism had a great impact in South America, the New World. But it was in Brazil that it thrived the most. It was the right place at the right time. A revolution was going on, people craved for reforms. Positivism had much of the answers, it was modern, it was the vanguard. And Brazil needed to go through some deep transformations.

With regarding to the family networks – if we can say that they helped positivism to spread at the beginning, I think that they also might explain the decay, since there was a tendency for positivism to stay indoors.

The Version without the subtitles

A Última Religião (Documentário, 2015) from Hugo Pinto on Vimeo.