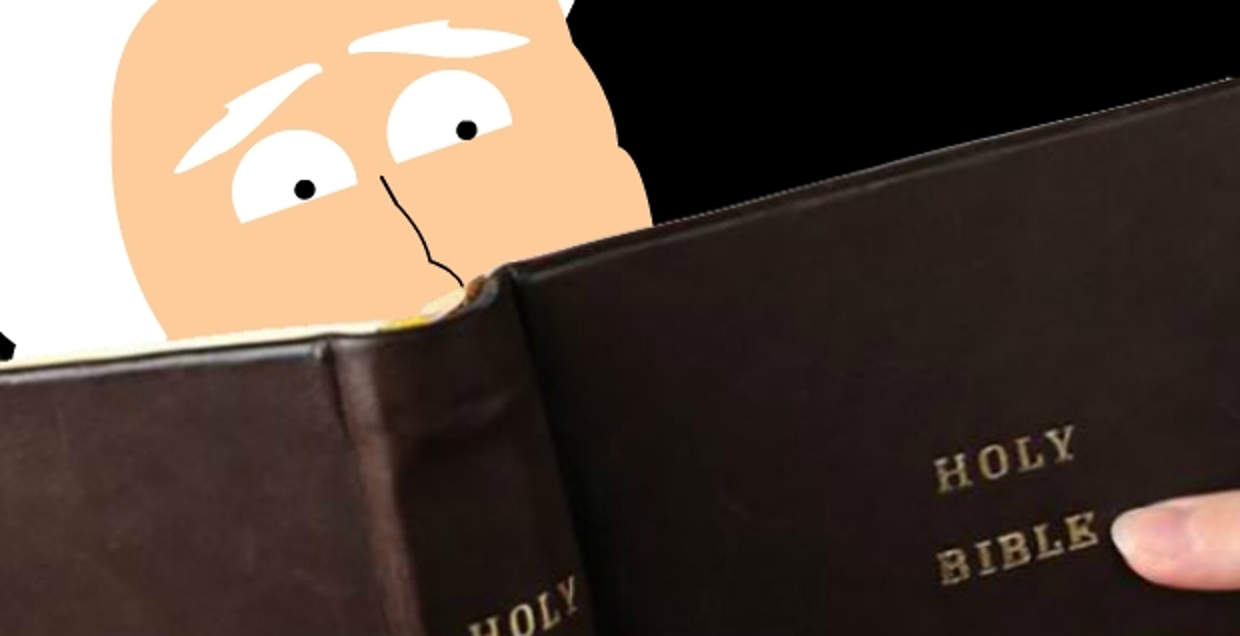 You are an atheist and fear that God might actually exist? A Christian, Jew or Moslem in fear that he might not? Relax and get all the the emanations collected on this site from all the Twitter accounts we have heard of.

The scene is in silent turmoil since the most prominent account, @TheTweetOfGod, has just quit — so David Javerbaum, writer and producer on “The Daily Show”, in a recent interview.

We have ranked the accounts with a look at the respective numbers of followers. @TheTweetOfGod was the number one on Twitter with 2.3 million subscribers. The entire picture will, however, be more complex to determine.

Success per Tweet is a different story. One of God’s Turkish accounts is most successful here with the proud number of 1,388 followers on his divine silence.

Use this page for your quick and daily orientation and let us know of accounts that slipped our notice. We are not God, yet we are trying our best to host a divine conference on our blog. This, however, is a thing that is not so easily done. 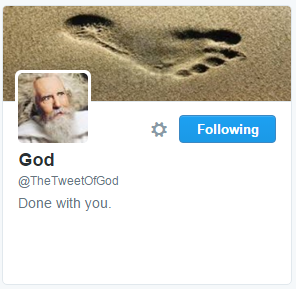 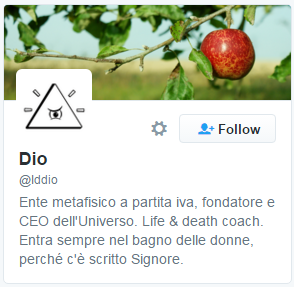 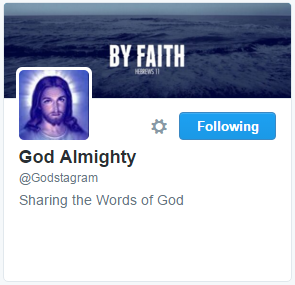 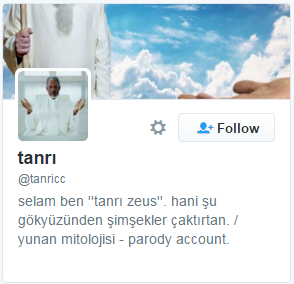 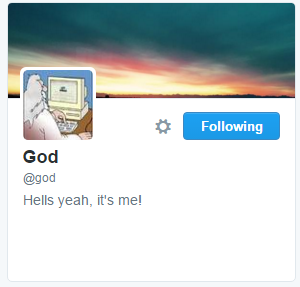 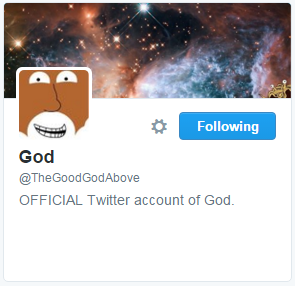 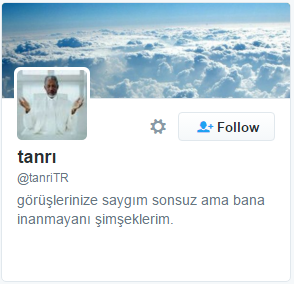 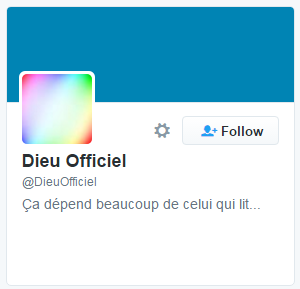 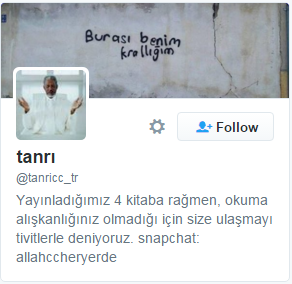 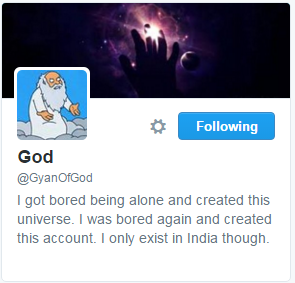 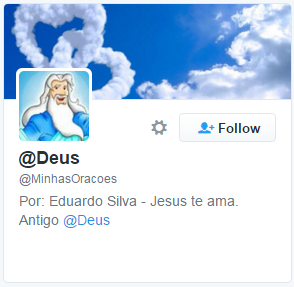 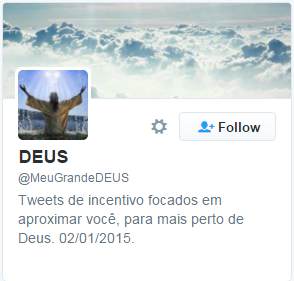 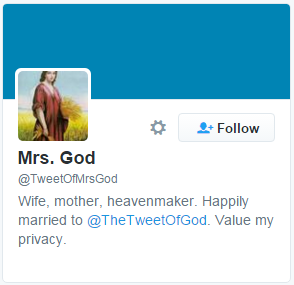 Last emanation: 9:08 PM – 15 February 2016. Claims to have left the Twitterverse together with “her husband” God, @TheTweetOfGod. 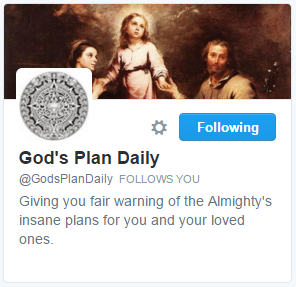 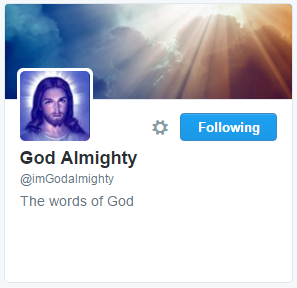 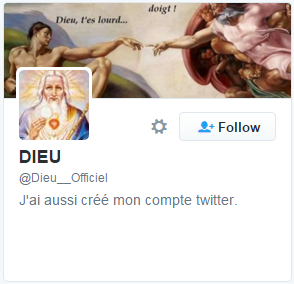 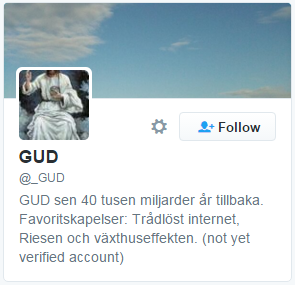 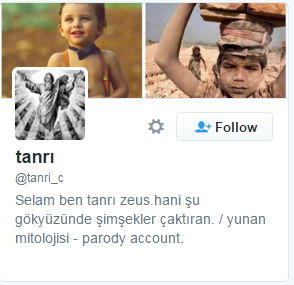 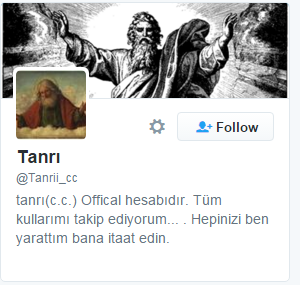 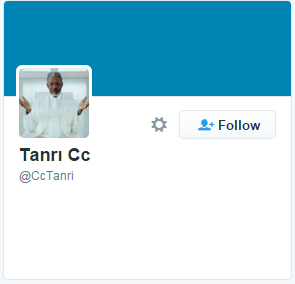 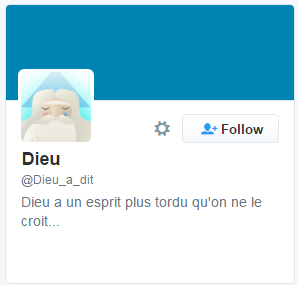 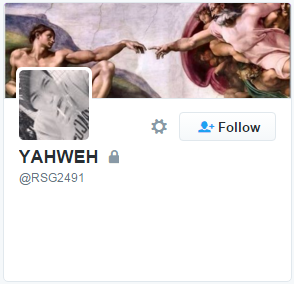 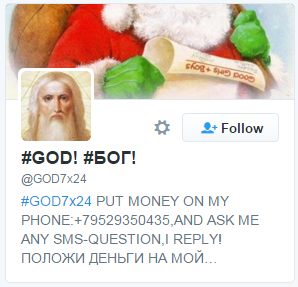 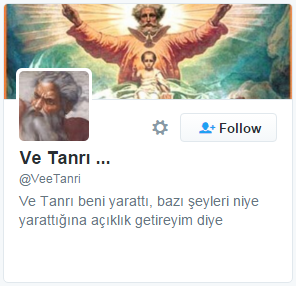 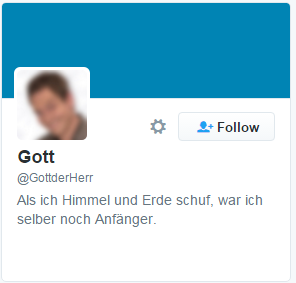 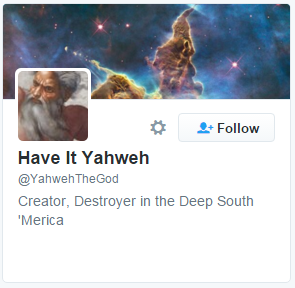 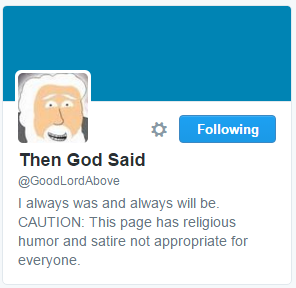 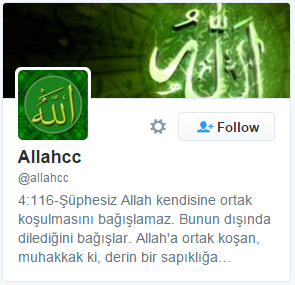 Stories: “A man referred to as “Ertan P.” has been sentenced to 15 months in prison for maintaining a Twitter account that jokingly pretended to be God. It used the handle @allahcc, with “CC” a reference to the Arabic phrase “Celle Celaluhu” a refernce to God’s glory. According to Turkey’s Hurriyet Daily News, Ertan, a schoolteacher, claimed he’d been hacked. While that claim didn’t hold up in court, the account has since been gutted. It appears to have been taken over by someone else, and only one tweet remains: a 2012 reference to actually being run by a different account.” Kevin Collier, “Man playing ‘God’ on Twitter sentenced to 15 months by Turkish court” http://www.dailydot.com/ 2014-05-29 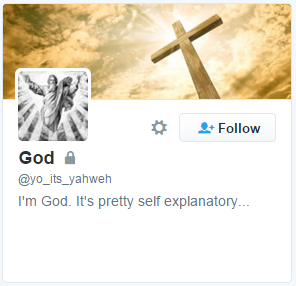