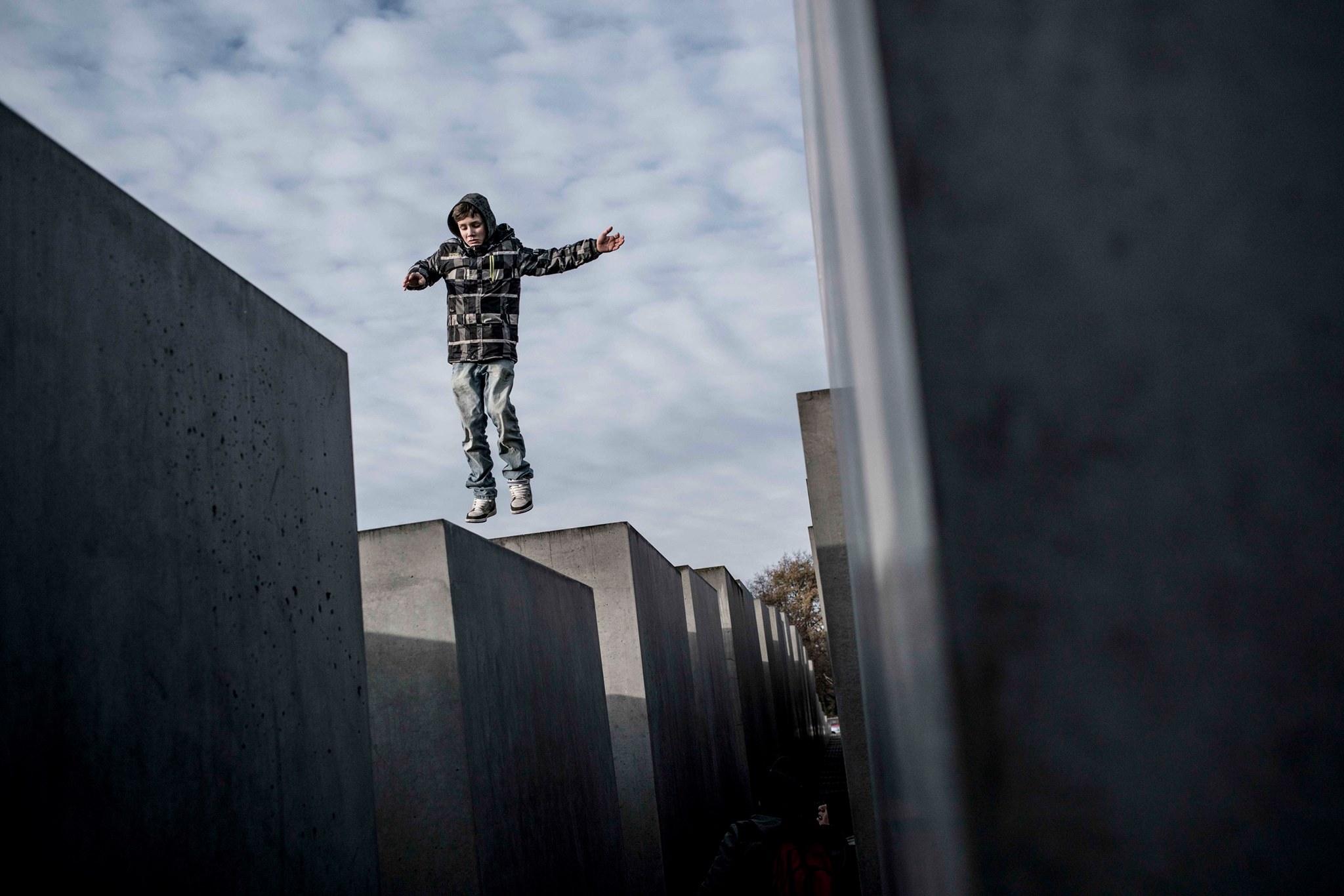 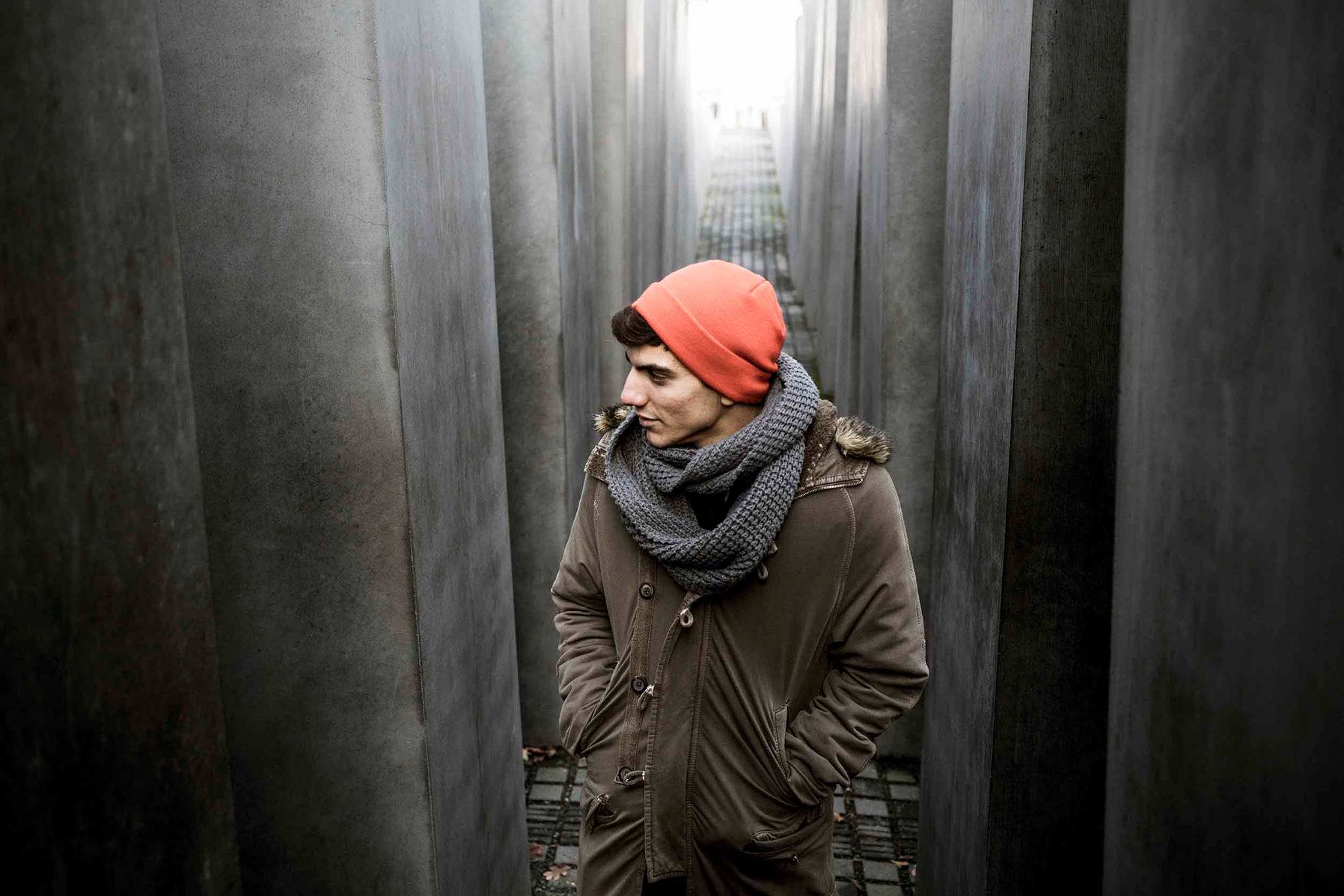 She walked toward me and ask something in German. I told her that I do not speak any German, unfortunately. In broken English, she asked again: “what is these?” – I said, this place is a Holocaust Memorial site. A symbolic place to remember the murdered of six million Jews during the war. She replied: “Oh, Holocaust”. – Kids were jumping over the slabs, and were laughing loudly in distance. And I already knew, I would rather have noisy happy kids around, that any kind of war in any part of this world.