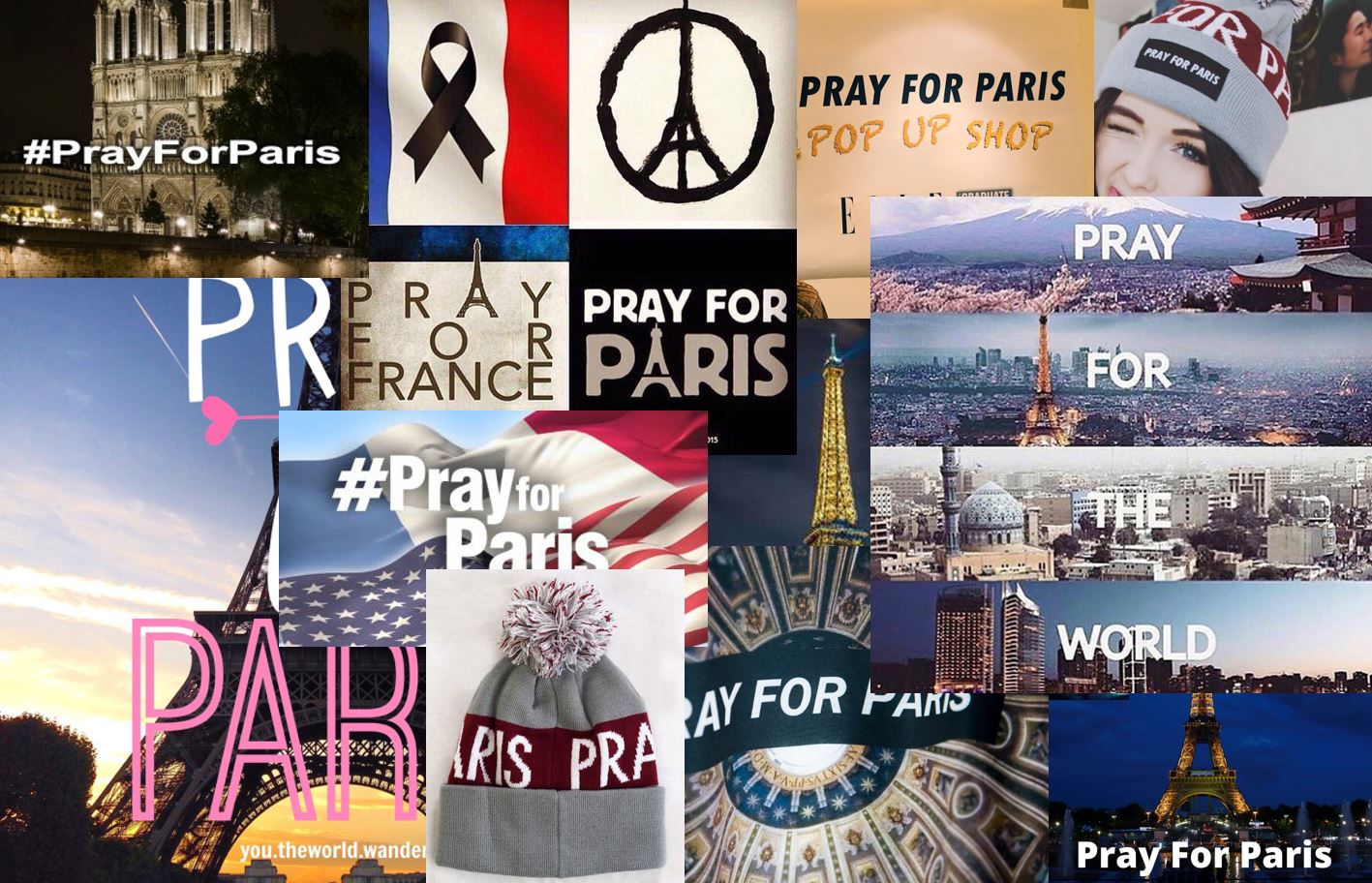 All this #Praying4Paris is already getting on my nerves (just as the atheist counter memes, that we’d all be happier in a world without religious fanatics).

What we are watching here is a massive production of wool that is immediately creeping into our ears and mouths, and I feel as angry as I get after twenty minutes in any soundproof room. All this is not much more than a reluctance to say anything in particular because whatever we might say, it might be unpleasant to say it.

Can I be against praying for humanity? Can I object to an innocent prayer for the souls of those who got killed (or who killed)? Can I object to a prayer that no one ever should be able to hurt anyone? I’d be a terrorist if I had these objections. Let us then be collectively silent for a minute, united in this prayer! The terrorists must know that they are alone and that they are not representing anyone of us. Unlike them we want peace for mankind.

And why not pray that God or a benign fate should bring some relief into the hearts of those who have just lost family members and friends? Because it should be up to them how they handle their grief? – not to us who just might be disturbed by their anger? Or because others have lost their lives in far greater numbers and no one has complained back then? And why should we not pray for the souls of those who have been killed (and the souls of their killers)? Simply because there just might not be any souls of the dead in turmoil? It is to the relief of the survivors if we stand together united in prayer? I could simply wish that they all died in peace, couldn’t I?

All these prayers are more or less fake prayers. If we were serious about them we would pray for the return of the dead and for limbs to grow to the benefits of all who lost limbs in the recent attacks… We do not pray for anything so substantial because we believe that God does not want to resurrect these victims (or to replace their lost limbs). Why this avoidance of any wish with more concreteness? Why this interest in nothing but the improvement of our hearts and minds?

Think of praying for Syria, think of just one single request with more clarity.

Yes, of course, it would be lovely if all Syrians stopped their fighting and embraced each other. And then? Have elections and a nice democracy. The same wish for Iraq’s population. They should feel like one nation under God and be just happy. All nations should be happy. What we actually want to say is that Syrians and Iraqis should just look forward without regrets. They should join us in a peaceful concert of nations, so the wool. We pray that God improves our hearts. It would be more concrete to look at the messy conflicts – but less satisfying.

And if I ask for more power in the hands of the UN? No, that’s too concrete. We will rather support “moderate” rebels and and brave Kurdish warriors, especially those lovely female ones we have seen in so many articles recently. What we really want is that all peoples are peaceful in their conditions, and for that reason to be peaceful in their hearts and minds. Details are ugly. If people were not that ugly in their hearts we would not have all these problems. 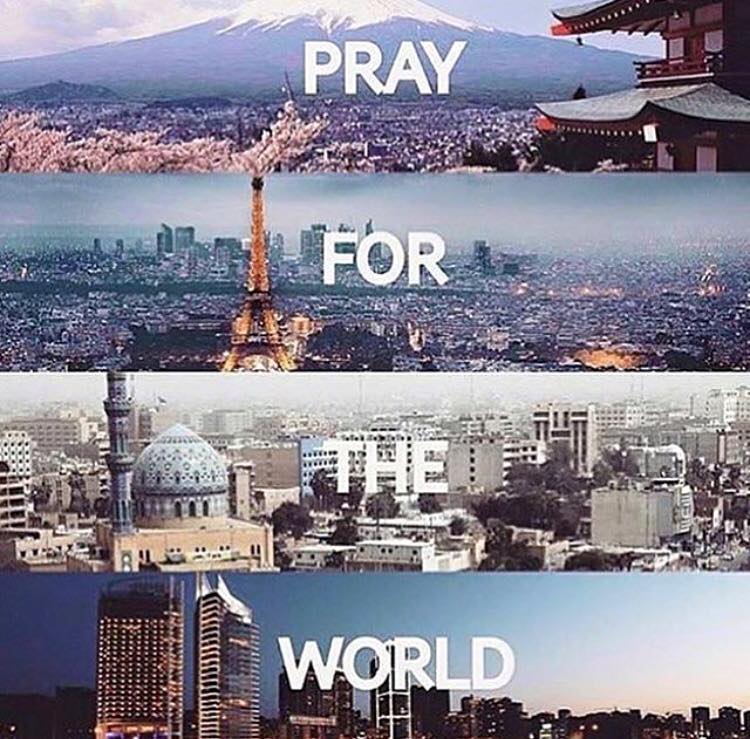 Praying for global peace is – as far as I can hear – mostly a wish for sound-absorbing walls behind which we can all continue with whatever we have been doing in the past. I have not really caused this mess. I have always been against it. Just as anyone else – and that should be expressed in moments like these.