Available also in Portuguese
Auguste Comte’s Religion of Humanity was far more than the all-embracing philosophical proposal he outlined in the sixth chapter of his General View on Positivism in 1848 – the treatise he would publish again in his System of Positive Polity in 1851.

The comprehensive chapter contained an outline of the institutions and the practices that would constititute the “Religion of Positivism”. Comte’s religion would have its own “supreme being” and its special practices of devotion. “Worship of the Dead. Commemoration of their service” was a headline here.

The fourth volume of the System of Positive Polity added the far more specific chapters on “prayer” and “annual worship” – both private and public.

The VRIN publishing house has given us the kind permission to offer translations of the last chapter of Henri Gouhier’s La vie d’Auguste Comte, first published in 1931 with Gallimard in Paris. See the VRIN webpage for copies of the present edition. The following translation is by Lucinda Martin, Gotha Research Centre.

Gouhier gives an impressive account of Comte’s personal practices of devotion. Clotilde de Vaux occupies his private routines of commemorative services. The interior of his apartment has to be born in mind. Rémy Bourdeau has taken the pictures that still capture the spirit. 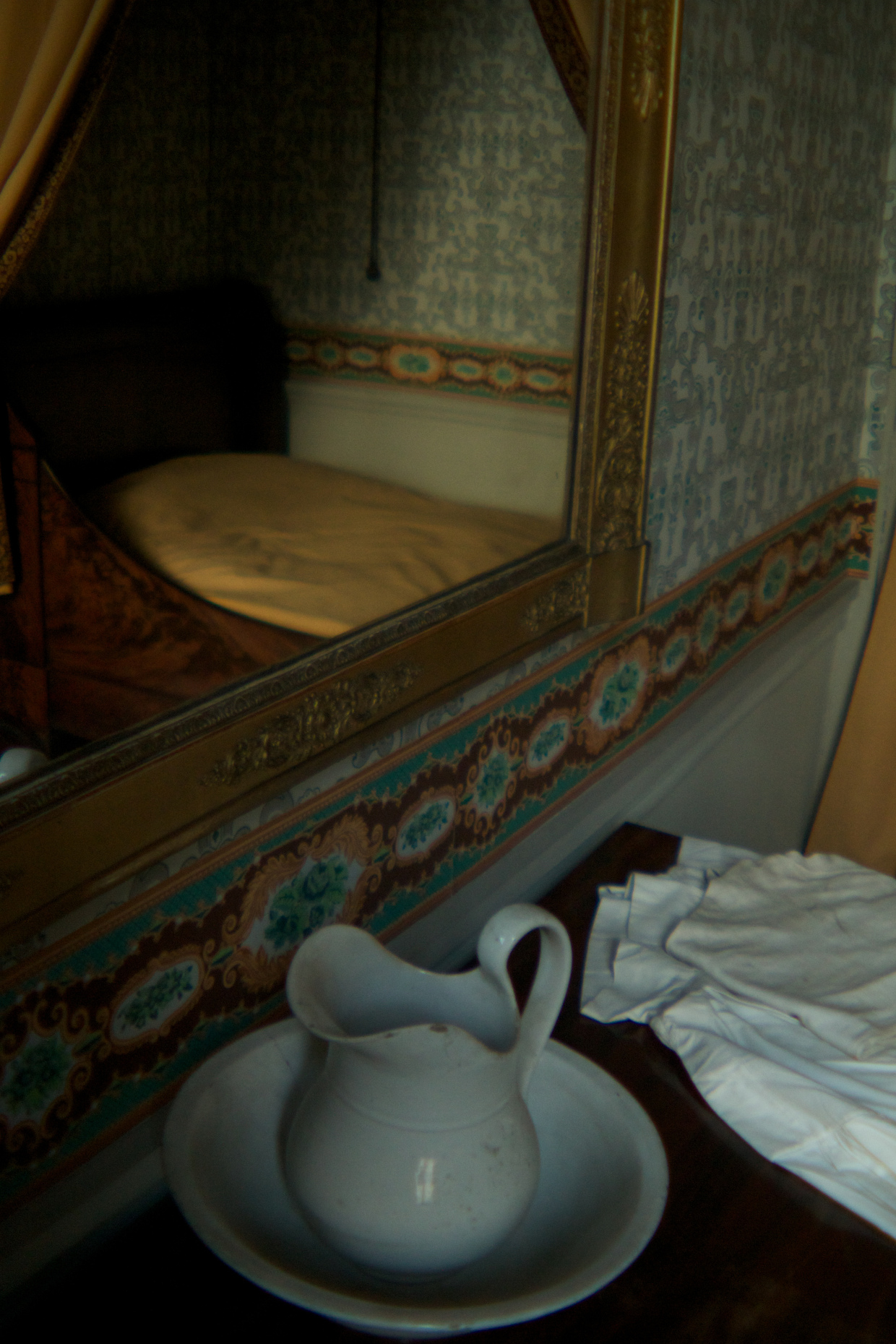 Final Chapter
“Life in the anticipation of the Grave”

The day begins with morning prayers, which last from half past five to half past six.

The first part is a commemoration of forty minutes, kneeling before the altar. Comte evokes the tables of the year without the actual day he sanctifies: on Monday, he recalls the visit Clotilde paid him on Monday, June 2 and two scenes in the setting of the Rue Pavee, corresponding to Monday June 30 and August 25; there are thirty-one normal images and twenty-one exceptional images distributed throughout the week. After this special commemoration, it progresses to a general commemoration, a pious path of their love in eleven stations; he relives the best hours of their journey together by reciting the corresponding passages in their letters; at the threshold of the meditation, the joyous greeting of Clotilde entering Rue Monsieur-le-Prince on June 2 bursts forth; each of the following eleven months marks a stage in their growing acquaintanceship, according to his estimation, until the final union that overcomes death…

The second part is an outpouring of twenty minutes. It begins with an act of thanksgiving, five minutes kneeling before a bouquet of artificial flowers, a creation and a gift from his beloved! He thanks her for purifying his life and a verse from Calderon wilts he who is felled by his greatest memory. Standing near the altar for ten minutes, he celebrates Clotilde, the inspiration for the new religion, then Clotilde as the best personification of the Great Being; one is thus led to recite the positivist credo, before whispering the sweet litany of farewell.

A conclusion of five minutes ends the outpouring. He wraps the chair with its green cover and, kneeling before the covered altar, he forgets the anarchy of contemporary transition; his view extends to the natural world where his name shall be blessed. He contemplates his real family, objective and subjective, meeting in Montpellier with his main disciples Sunday, September 4, 1870. But Clotilde, Rosalie and Sophie detach from the image. Another vision emerges: the collective banner of the regenerated West bows to the ideal tomb where the High Priest reposes in the midst of his three angels. 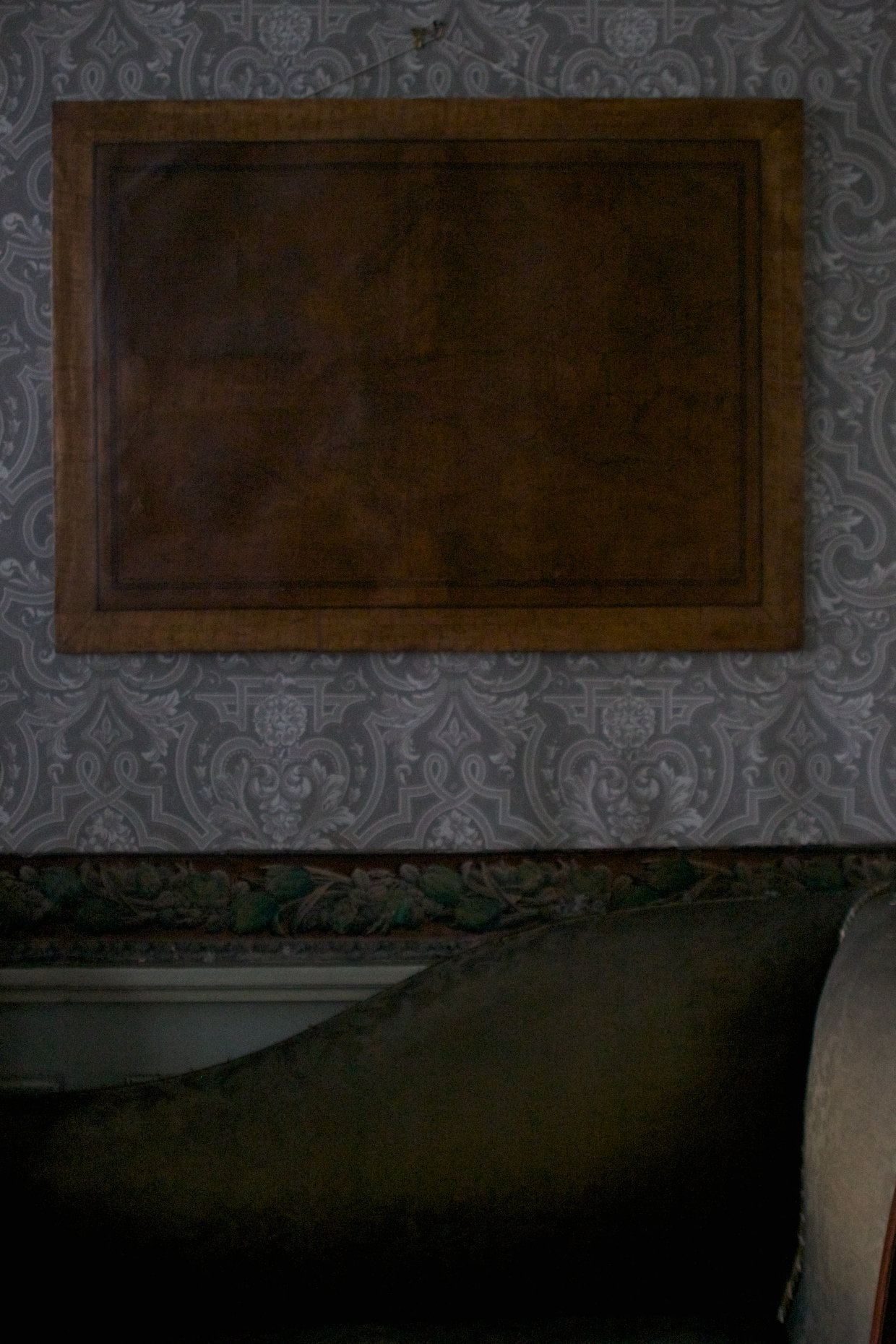 “May I love you more than myself, and love myself only because of you!” Comte repeats three times the sublime confession of the soul to the Savior: for his eternal companion, for humanity and for his eternal campanion personifying Humanity. The incarnation of the Great Being is the truth that unites love and philosophy in the same elevation; here Clotilde is no longer worshiped as eternal companion and wife, but as noble patron and mother of the second life; also the last prayer always connects the word of the Imitation, under the title that Dante gave to Mary: “Virgin Mother, daughter of your son.”

At half past ten it resumes. The midday prayer is the shortest. The commemoration, ten minutes, is primarily an exercise in reading the last, then the first letter of Clotilde. The outpouring is only seven minutes: Kneeling, Comte recites some verses from Dante; then, seated, two sonnets from Petrarch. A conclusion lasting three minutes repeats the final morning prayers, including seven memorable maxims of the patron saint.

The evening prayer begins when the philosopher gets in bed. A commemoration of ten minutes recalls the martyrdom of the innocent victim; but in his outpouring of fifteen minutes, he recognizes that, even bruised, her love was the highest good of his life: since he was blessed by a destiny that, in leading him to Clotilde, exceeded all he could hope for and even dream. Until then, he is seated. He lies down, and during the five minutes of the conclusion, the themes that sing the reign of his heart soothe his last thoughts. 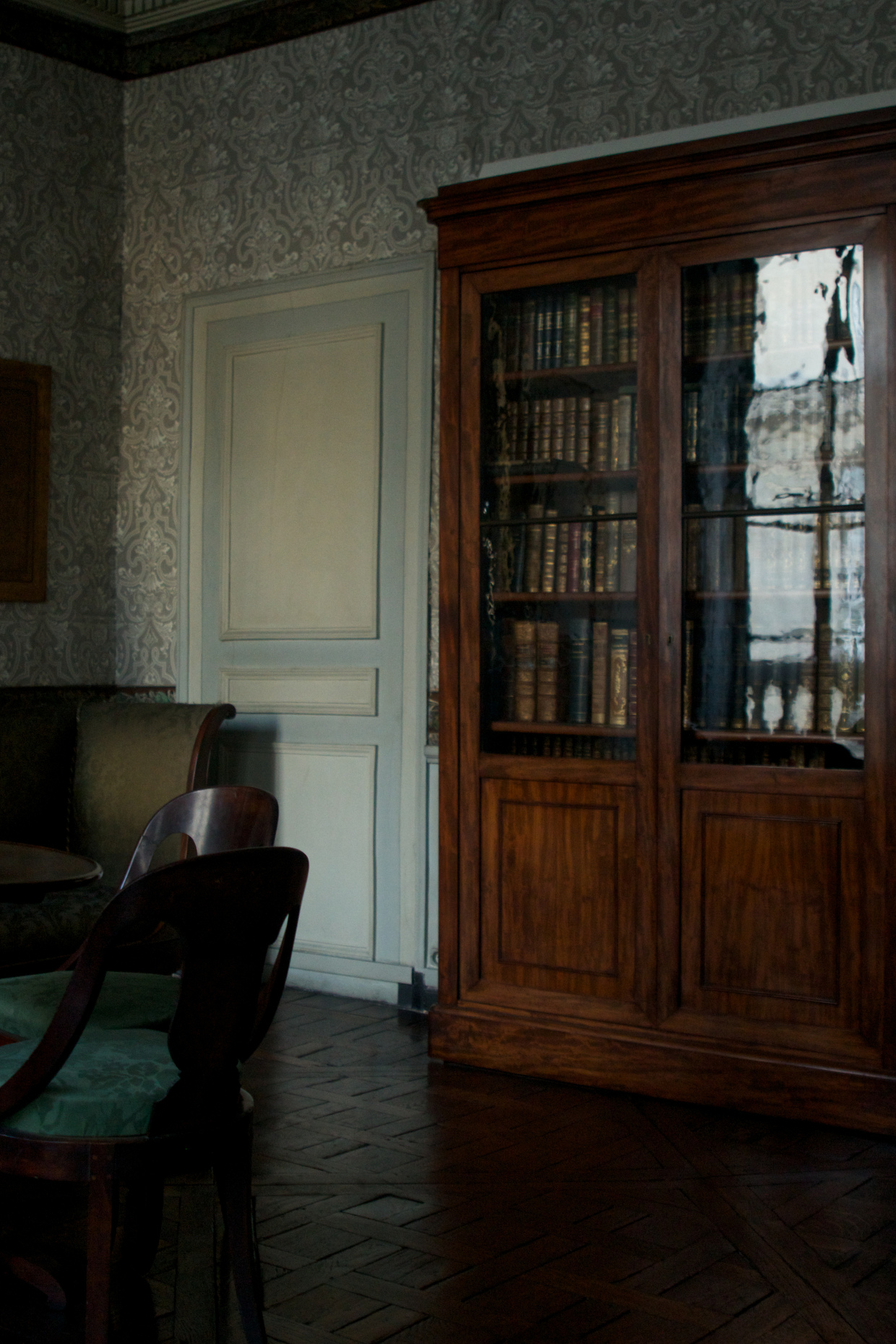 One day, Clotilde appeared, reclining on his bed, all pale, her eyes moist with love. It was shortly after the fatal Sunday. Comte fell to his knees, pleading for the strength to live from she who was dying before him for the second time. He arose calmer, less alone. It was without doubt then that his prayer took on the form of a drama: now his extraordinary memory composed scenes for it with such precision that the resurrected things summoned the companion of their silence.

His only regular outings are his Wednesday pilgrimage to Pere Lachaise and, from November 1854, those on Saturday to St. Paul. When he is reading a book, he does not separate the two visits and stops at the church when returning from the cemetery. He prays for half an hour in the adjacent chapel at the baptistery where his spiritual marriage was celebrated. After having left his offering in the trunk, he returns to the only place on earth where he feels happy; there, Sophie is waiting for him; she disposes of his hat, his gloves and his black overcoat; she brings him his robe from the green room, or, in summer, a black jacket made of a light fabric; then he cloisters himself within “the holy walls forever imprinted with the adored image.”

Morality and hygiene impose upon him a monastic rule of life. He rises at five o’clock and retires at nine. In the morning at ten o’clock, he takes sixty grams of bread and a bowl of milk, cool in summer, warm in winter, containing sixty grams of sugar. He dines in the evening at six, with one hundred net grams of meat and a vegetable dish that he does not weigh. It replaces dessert with a piece of dry bread eaten while thinking of the unhappy hungry. Once a month, Sophie’s day out, he makes a “special dinner” at a restaurant in the Rue de l’Ancienne Comédie.

Prayer, the company of the great Western poets, and the various duties of his ministry imprison him in a dream with neither doors nor windows. He reads each day one chapter of the Imitation and a verse of the Divine Comedy. The sacraments are not yet in high demand, but the direction of consciousness is a serious office in a Church that seeks chosen souls. “I urge you to consult your spiritual leader more often, he wrote to a disciple, when you feel the need for support, guidance or even effusion.” The common father of the positivist family, he has rights over its children; he arranges, not without fancy, their future, awarding the formerly divine privilege of knowing the secrets of the heart. Thursday is always reserved for correspondence and for visitors, who can enjoy the evening receptions. Auguste Comte wrote long letters every week that he himself compared to the epistles of St. Paul. 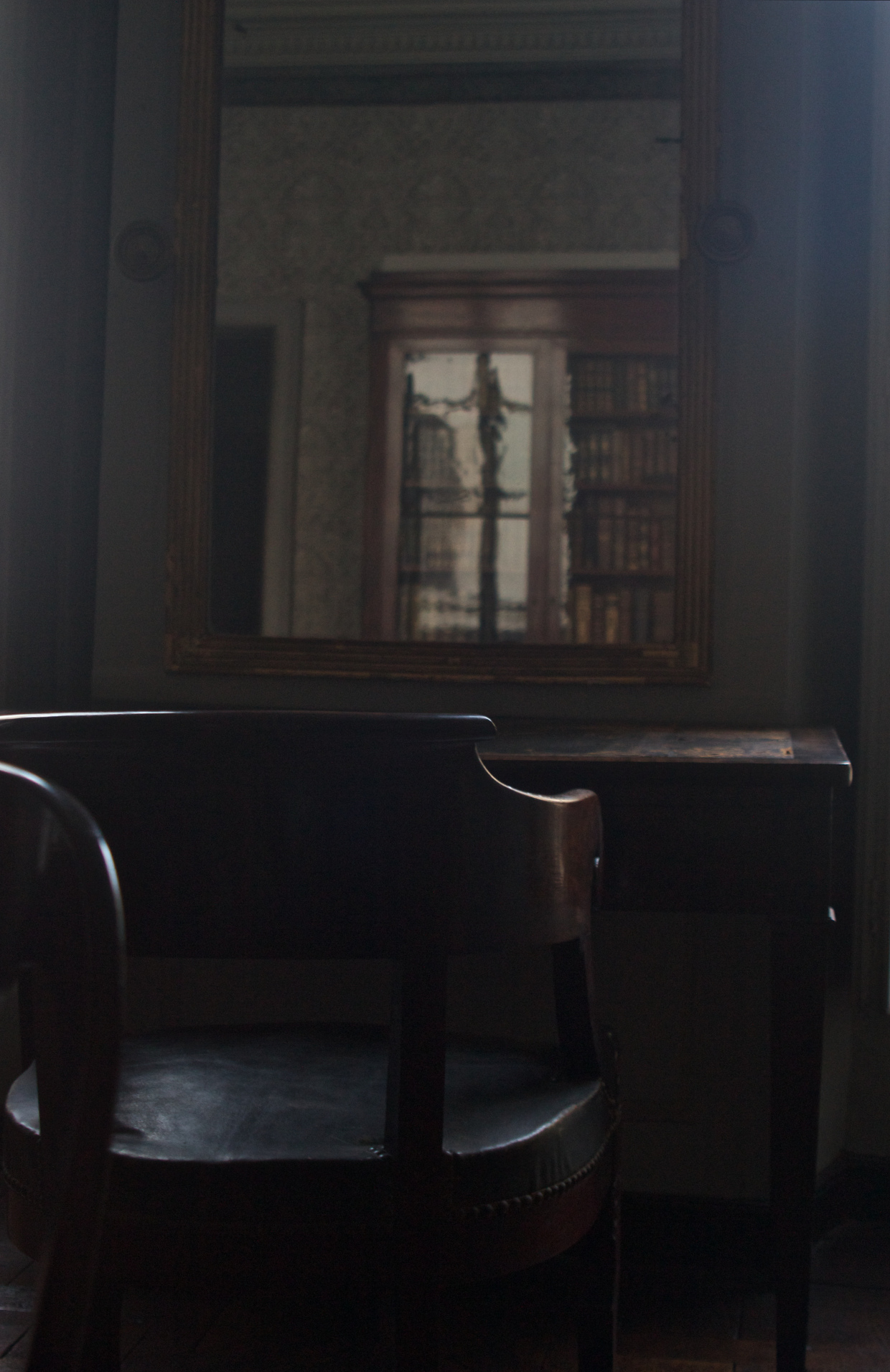 One Reply to “The Life of Auguste Comte: Final Chapter – “Life in the anticipation of the Grave” | by Henri Gouhier”