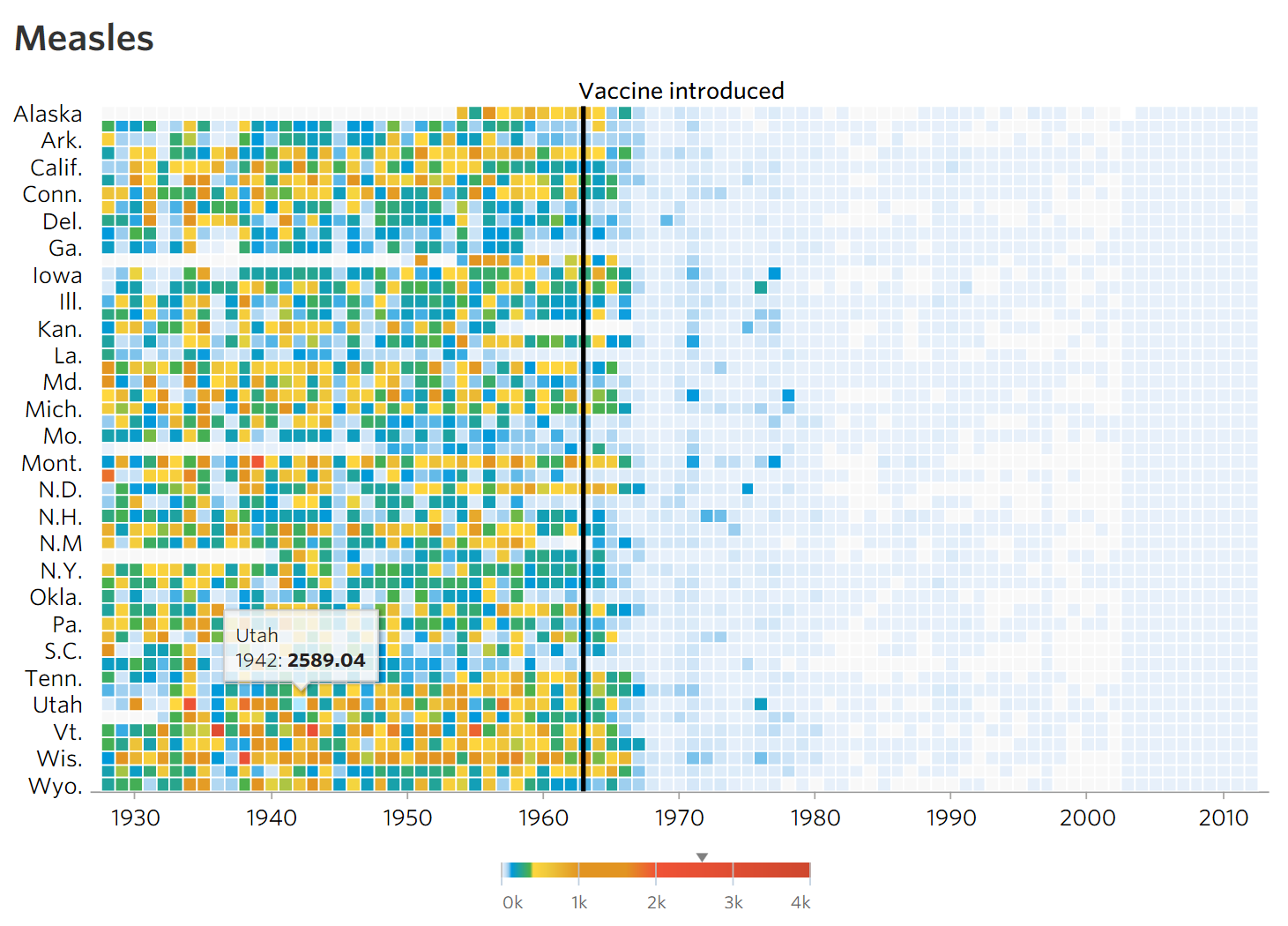 [Click here for the orginal German version of this interview. Follow http://positivists.org/blog/archives/3881 for the successive case documentation. Olaf Simons asked the questions for positivists.org]

Olaf Simons: You are in the headlines with an amazing legal case: A Germany court has ordered the “measles sceptic” Stefan Lanka to pay you 100.000 Euros, the sum he had awarded for evidence of the measles virus. Perhaps before we begin the biographical details for the Wikipedia article Lanka has and you have not received thus far.

David Bardens: A week ago I would not have believed that I could be worth such an article. I am not quite sure what the encyclopedia should want to know; and having just become a Scandinavian I am humble by nature.

But I can give it a try: I was born on april 27th 1984 in Homburg in Germany. I am a physician and entrepreneur.

After training as a paramedic in Mainz I studied medicine with a doctorate at the University of Saarland. I worked as a doctor in the University Hospital Homburg. Currently I am working in Sweden as a general practitioner. In 2011 I founded a company in Bremen after I had developed the recipe for the lemonade “freigeist“.

You could probably spice it with lots of details – for example, I was once working as a cowboy in the US. I am the grandson of politician Hans Bardens, and I have been working as a perfusionist at the German Foundation for Organ Transplantation. I have also worked as a teacher at a school of midwifery etc., but that would probably not essential.

Simons: My congratulations, then! 100,000 Euros for giving evidence that measles are a viral disease – this sum awarded in 2014 after more than 200 years of discussions of viruses and after 100 years of research that gave positive evidence. How did you learn that such a prize money was (still) available?

Bardens: Thank you! I am a passionate physician with a bit of curiosity. That’s why I invested some of my spare time to learn more about ‘alternative’ opinions and hypotheses. So I came across Mr. Lanka’s curious invitation.

Simons: Lanka’s challenge has its irritating facets. With all its polemical insinuations it addresses mostly his followers, an audience that (thanks to its publications) should know it better: Viruses do not cause diseases. The 100,000 Euros are promised for the proof that the measles are actually caused by a virus. In a TV interview from April 2014 Lanka reiterates this offer and touches on his alternative theory. Was it a practical joke to respond? Did Lanka anticipate that someone could claim the money?

Bardens: The text was very confused indeed, so I first wrote a letter to find out whether I had understood everything correctly. Lanka replied that he was really offering this prize money for the proof of the existence of the measles virus, and he promised that I would eventually find out that such a virus did not exist. That, of course, did not happen. There are more than 10,000 scientific publications on the measles virus. I selected six “key publications” and asked Lanka in a registered letter to transfer the 100,000 Euros to my account. Of course, both Lanka’s award and my reaction were provocations. I am not quite sure whether Lanka had really considered that someone could eventually claim this money. The litigation alone costs a lot of money and includes an immense risk.

Simons: If I understand Lanka’s prize correctly he insinuates that we do not have much more than models at the moment. Is this a fundamental criticism of the technologies we are using to give images – such as transmission electron microscopy? And what exactly is Lanka’s position here? He is after all proud to have written his dissertation about a virus… What was your strategy when entering this battle?

Bardens: Lanka has a personal record of research as a biologist, he has published in the field and describes himself as a “virus discoverer” since he has, back in the 1990s, isolated a virus from brown algae. Back then, he used standard procedures to isolate this virus – the same methods my authors have been using in their research on the measles virus. The court’s expert has hinted at this inconsistency: Lanka criticizes techniques he himself has used in his research. Lanka consistently refutes himself; and he ignores all sound scientific evidence at the same moment. The alternative hypotheses he defends are hair-raising, plus he remains unable to substantiate any of them.

Simons: Lanka says we should stop speaking of viruses as pathogens. The very discourse was part of an outdated mode of thinking in terms of friend and foe. We should rather understand that agents like certain crude oil products have been causing mass poisonings and that psychological factors had added to this. Chinese medicine had a better understanding of these phenomena, so Lanka. All of this is a confusing and eclectic a mix of 1980s pacifist anti cold war rhetoric and conspiracy theory spiced with attempts to generate alliances such as the one to Ryke Geerd Hamer, the chief proponent of “Germanic New Medicine” in Europe.

Bardens: We all rely on explanatory models which we generate in order to cope with the world around us. If someone tries to replace these models this is – even if the replacement is radical and groundbreaking – first of all legitimate. If the new explanatory model prevails, it will cause a paradigm shift and earn the recognition of all colleagues. In science, you have to be per se open for new models and critical of your own point of view. Yet, what Lanka does is something entirely different. His criticism of the state of research is consistently destructive and incomprehensible. He promises the complete reversal of all our knowledge, without being ready to provide any proof of his crude hypotheses. He has not presented one single consistent study that supports his opinion. On his website he says: ” We are currently working on the implementation of a radiation-free and mobile brain imaging technique for the early detection of heart attacks in order to avoid them.” This little statement alone is filled with so many logical errors that any further discussion is rendered futile on the mere technical level.

Simons: But Lanka is not exactly ignorant. He is rather a man of Ken Ham’s stature. The advocate of the Young Earth creationism will state that dinosaurs were still among the animals on Noah’s ark four and a half thousand years ago. Both, Lanka and Ham exploit scientific knowledge, in order to denounce it as a large-scale conspiracy.

I suppose, Lanka did not agree on a mutual rationality, and I guess he was not ready to state what exactly he would accept as a proof of viral infections? Is the law court’s “independent expert” in this case a viable solution – the agreement that the expert is a reasonable person par excellence (and that Lanka if he should not follow the expert’s reasoning has just chosen to be irrational)? I assume Lanka did not share the expert’s evaluation of the materials you have presented? Did the legal procedure have its surprising moments?

Bardens: You could hand the virus to Lanka on a silver platter if it were a bit bigger – he would probably still deny its existence. Unfortunately I had to learn in recent years in my discussions with anti-vaxxers that their opinions are often so stuck that you have no chance to reach them with any facts. Lanka immediately rejected the court’s expert – the director of the Institute of Medical Microbiology, Virology and Hygiene in Rostock, a very renowned physician and biologist – for an alleged bias. However, the OLG Stuttgart, rejected that appeal. On Lanka’s website one can read still today his summary of the trial in Ravensburg: “The measles virus bet is won in fact! ”

Simons: The court’s decision came with optimal timing. For months we had this debate whether measles vaccinations should be compulsory. “Critical” parents forego vaccinations and the measles are spreading in epidemics again. What kind of phenomenon we are observing here? A subtle “War on Science” as National Geographic has claimed in their latest issue. Are those who lead this “war” just lacking education? Do we simply need more enlightened propaganda – this time against anti-vaxxers, proponents of “New Germanic Medicine”, 9/11-truthers, and chemtrail-believers? What impression of the wider phenomenon did you gain as the case proceeded? Were you surprised by the media feedback you are presently receiving?

Bardens: I was indeed very surprised of the global reception our court case immediately found. Even the New York Times found it worthy of an article. It was a coincidence that the court issued its verdict right at the time when Berlin had more than 500 people diagnosed with the disease – a disease vaccinations could have avoided. A little boy had to die in this recent outbreak. I do in fact think that “alternative medicine” in all its facets is experiencing a boom at the moment,– especially in the German-speaking countries. The internet publications of so many self-proclaimed experts promote the phenomenon. At the same time we are operating a health care system that can hardly cope with the on-going demographic change and the steady commercialization of health care. Many doctors simply do not have enough time for their patients. Our standards deteriorate and patients are less and less satisfied with the advice they receive. The Internet has at the same time become an easily accessible source of information, and a field where self-proclaimed healers can freely state their views. I have many suggestions of how we could regain confidence and increase vaccination rates. Here in Sweden, for instance, we have a free health advice hotline available 24 hours a day, run by the state in order to provide competent advice and information. This creates trust and it makes it more difficult for charlatans to gain credit. Sweden has also replaced the old vaccination certificates by a modern national digital register.

Simons: During the trial Lanka appeared with the singer Marla Glen in court (so the Schwäbische Zeitung), now also the pop singer Christian Anders has spoken out and challenged you with a bet over 200.000 Euros. What brought these people on the stage and what have they got to do with the existence of viruses?

Bardens: I have absolutely no clue why Marla Glen was suddenly there. Christian Anders was first ready to bet another 100,000 euros, but it seems I have irritated him in a SternTV-show, with my promise that I would easily win his prize as well, if only I invested another hour of my spare time on all this. A day after the broadcast Anders – knowing full well that he would lose – removed his challenge from the web and offered me 200,000 euros instead if I should be ready to bet the same sum against him. It would be foolish to accept this bet, even if the chances are high to win it. Anders is an electrician and pop singer, but he still feels entitled to give his hair-raising health advice to his fans. One should not give these people too much media attention; that is why I wrote him that I would not enter the bet.

Bardens: Well, I would love to rechannel the money Mr. Lanka has made with his publications against vaccinations into new vaccination programs.