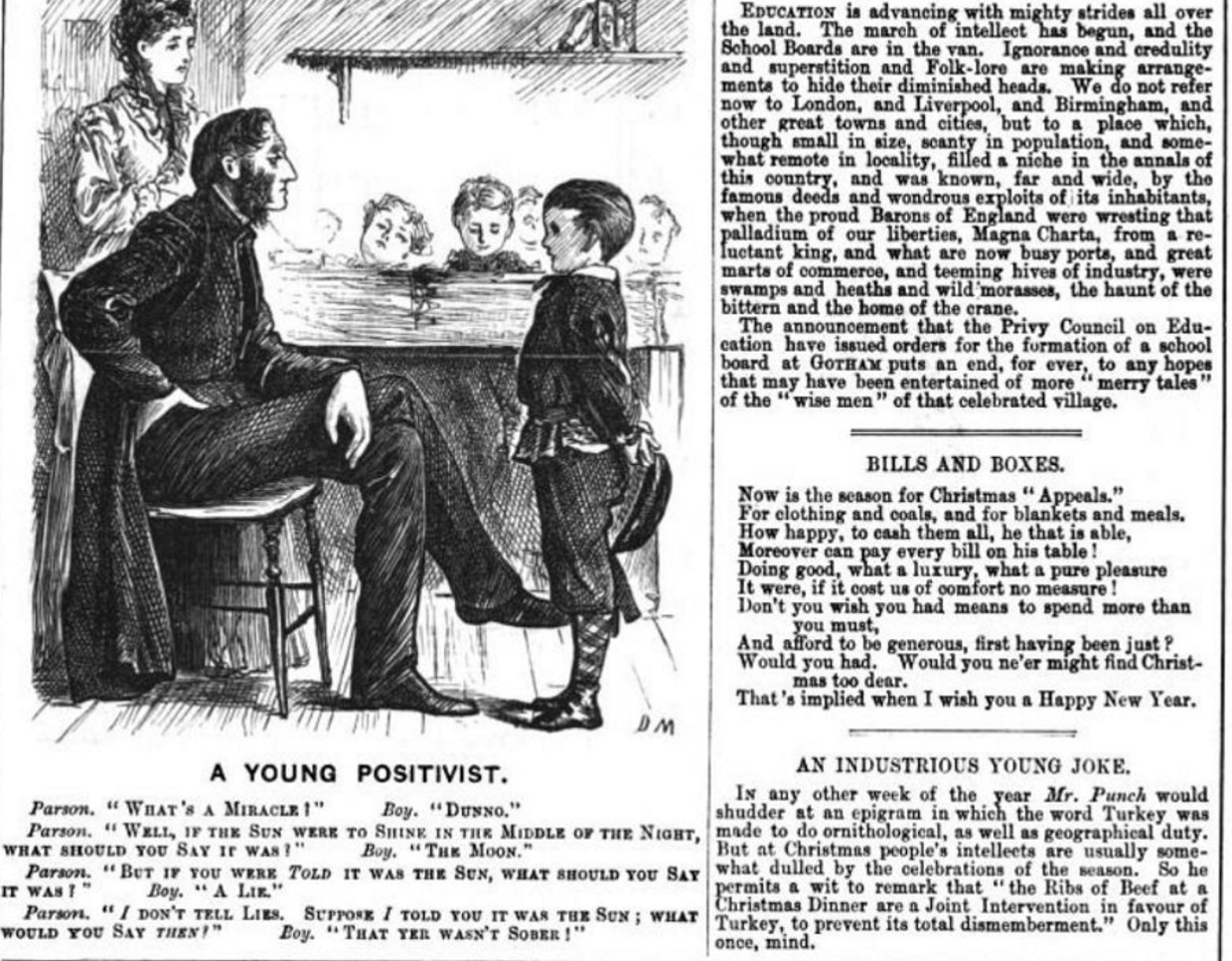 Parson. “Well, if the Sun were to Shine in the Middle of the Night, what should you Say it was?”
Boy. “The Moon.”

Parson. “I Don’t tell Lies. Suppose I told you it was the Sun; what would you Say then?”
Boy. “That yer wasn’t Sober!”

The little dialogue had, without the original picture, its own afterlife as a humerous filling in newspaper entertainment sections. The central question of positivist epistemology was, however avoided by almost all who reprinted the anti-clerical sketch: