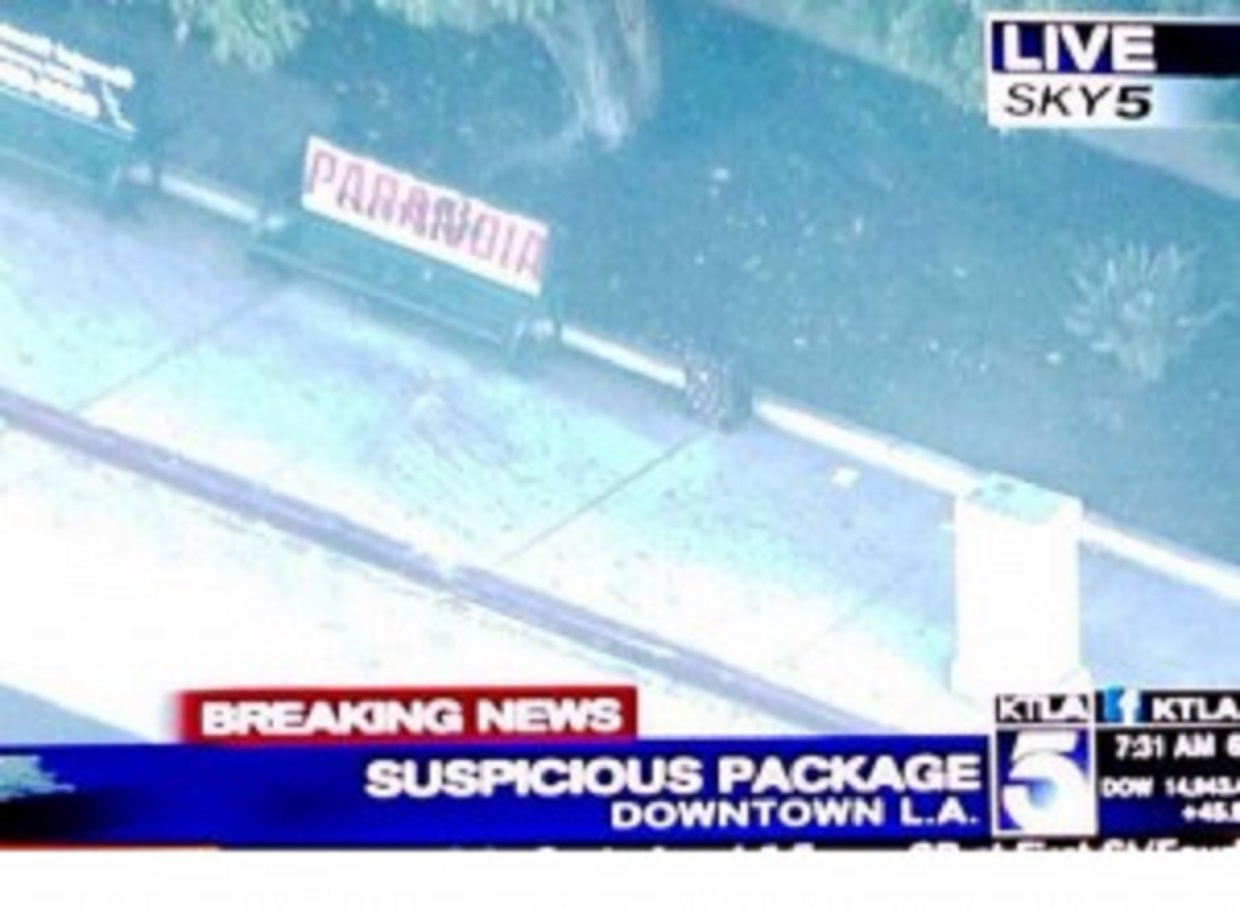 [Sören Koopmann, Braunschweig, Germany] This will be the first post about approaches to studying conspiracy theory. The goal, for now, is to look what has been done, what kind of questions approaches raise and where we go from there.

I will start off with a series of posts on definitions, beginning, quite conventionally, with the paranoid style. Richard Hofstadter’s ‘The Paranoid Style in American Politics’ is a classic in the academic study of conspiracy theory, even though he does not use the term.

Hofstadter begins with a series of differentiating remarks on what he considers the paranoid style. He calls it

the paranoid style simply because no other word adequately evokes the qualities of heated exaggeration, suspiciousness and conspirational fantasy that I have in mind. (3)

Hofstadter’s use of paranoid is, as he insists, not a clinical diagnosis, he is not interested in certifiable lunatics, but the “use of paranoid modes of expression by more or less normal people”. And it is this use by otherwise normal people that he considers the significance of the paranoid style.

Thus, he considers it

[…] above all, a way of seeing the world and of expressing oneself. (4)

Drawing upon the Webster’s definition of clinical paranoia, he identifies some elements of the paranoid style, while at the same time highlighting the differences between paranoia and paranoid style:

Webster defines paranoia, the clinical entity, as a chronic mental disorder characterized by systematized delusions of persecution and one’s own greatness. In the paranoid style, as I conceive it, the feeling of persecution is central, and it is indeed systematized in grandiose theory of conspiracy. But there is a vital difference between the paranoid spokesman in politics and the clinical paranoid: although they both tend to be overheated, oversuspicious, overaggressive, grandiose, and apocalyptic in expression, the clinical paranoid sees the hostile and conspirational world in which he feels himself to be living as directed specifically against him whereas the spokesman of the paranoid style finds it directed against a nation, a culture, a way of life whose fate affects not himself alone but millions of others.

The conspiracy of paranoid style, then, is against groups: nations, religions, classes, etc.

Of course, the term “paranoid style” is pejorative, and it is meant to be; the paranoid has greater affinity with bad causes than good. But nothing entirely prevents a sound program or a sound issue from being advocated in the paranoid style, and it is admittedly impossible to settle the merits of an argument because we think we hear in its presentation the characteristic paranoid accents. Style has to do with the way in which ideas are believed and advocated rather than with the truth or falsity of their content. (5)

But, in the end, the style signals to more than a mere rhetorical choices:

A distorted style is, then, a possible signal that may alert us to a distorted judgment, just as in art an ugly style is a cue to fundamental defects of taste. What interests us here is the possibility of using political rhetoric to get at political pathology. [… It] represents an old and recurring mode of expression in our public life which has frequently been linked with movements of suspicious discontent and whose content remains much the same even when it is adopted by men of distinctly different purposes. Our experience suggests to that, while it comes in waves of different intensity, it appears to be all but ineradicable. (6)

Hofstadter, after a series of examples, identifies some elements of the paranoid style, amongst which we can find what amounts to a definition:

Let us now abstract the basic elements of in the paranoid style. The central image is that of a vast and sinister conspiracy, a gigantic and yet subtle machinery of influence set in motion to undermine and destroy a way of life. (29)

While there are real conspiracies in politics, the defining feature of the paranoid style is to see conspiracies as the motor of history:

The distinguishing thing about the paranoid style is its exponents see conspiracies here and there in history, but that they regard a “vast” or “gigantic” conspiracy as the motive force in historical events. (29)

What distinguishes the paranoid style is not, then the absence of verifiable facts (though it is occasionally true that in his extravagant passion for facts the paranoid occasionally manufactures them), but rather the curious leap in imagination that is always made at some critical point in the recital of events. (37)

There are, obviously, more aspects to the paranoid style, for example the relation between the self of the conspiracist and the assumed conspirators, but my focus here are definitions of conspiracy theory. Hofstadter has developed, in the paranoid style, a descriptive concept.

To reformulate this concept in terms allowing me to ask further questions later on, the paranoid style is a representation of history with conspiracy at its center (or as its central metaphor?) This conspiracy is directed at a group of people (nations, religions, cultures, classes, etc.) in order to destroy its way of life. The paranoid style is connected both to political movement of discontent as well as distorted judgment.

Writing at a time in which apparently any event will be seen as the result of a conspiracy, the paranoid style cannot but seem somewhat inadequate. The disappearance of Malaysian Airlines Flight 370 or the death of Michael Jackson, for example, neither have the obvious connection to public discontent, nor to a political stance, nor do they necessarily hint at the motive force behind history being conspiracy. (That is not to say they cannot feature in larger conspiracy theories, they frequently do. But to describe this, we would need a different definition of conspiracy, as well as different tools.) Nevertheless, Hofstadter has been one of the first to highlight the importance of style (or form) to the study of conspiracy theory, and has tried to link it to political and cultural concerns.