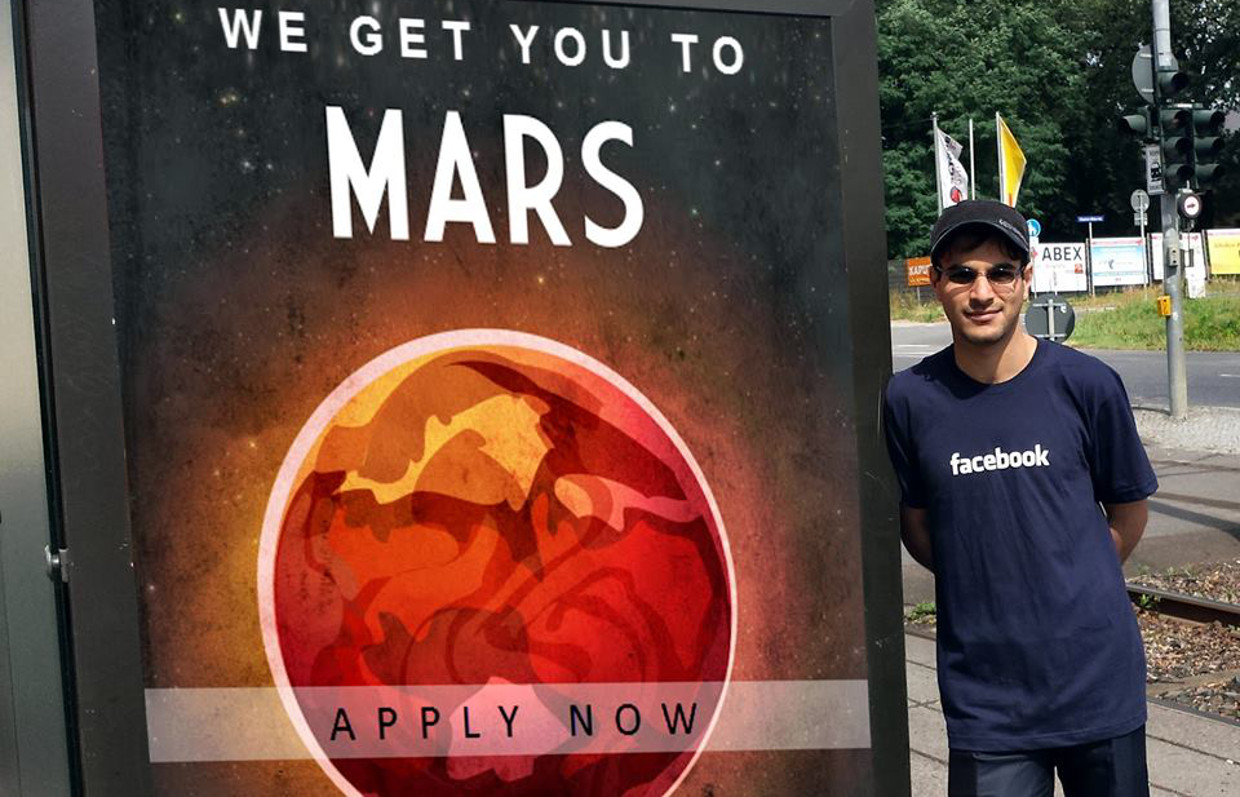 Olaf Simons: Rumours have it that you are planning a temporary Facebook abstinence – can it be?
Hashem Al-Ghaili: Yes, that’s right. Due to work pressure, I have to quit Facebook temporarily for a couple of months. I think that’s what everyone would do at similar situations. This will give me some time to focus on my other stuff and come back with a fresh start and more enthusiasm. When I started sharing science on Facebook, we had only few pages that share science to the general public. But now, there are countless pages on Facebook that share science in various subjects, which makes me very happy. So, my absence from Facebook will not make any difference. However, Science Summary of The Week will continue to be shared on Sci-Tech, Reddit, Imgur, Tumblr and Pinterest and in various languages. 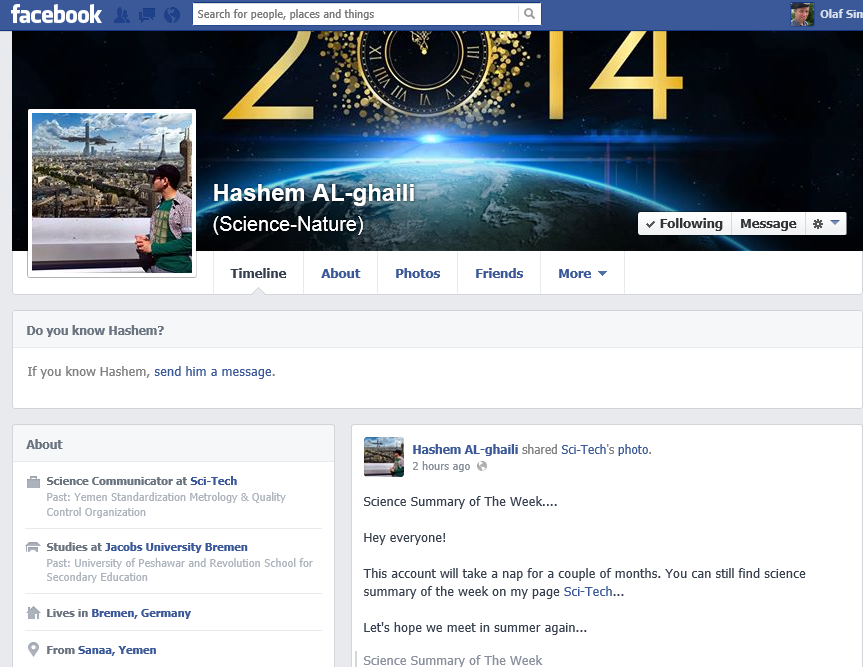 One Reply to “Promoting Science | An Interview with Hashem Al-Ghaili”