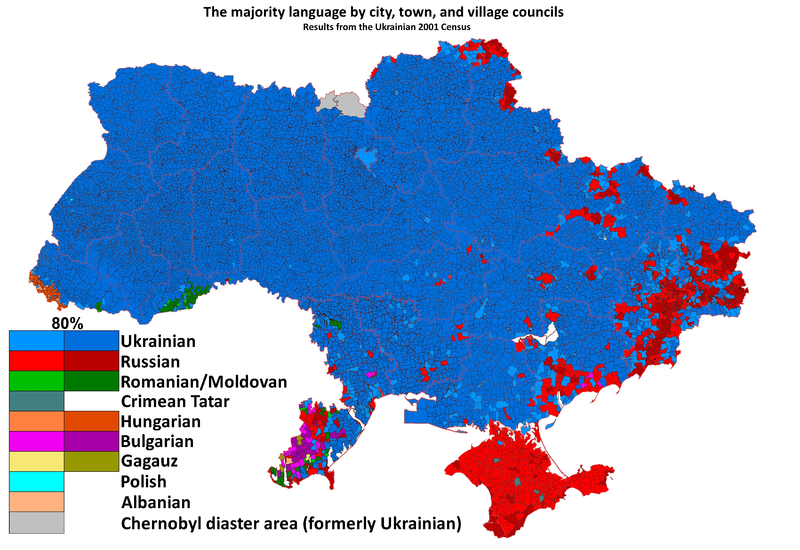 [Olaf Simons, Gotha, Germany] With the Crimean Referendum to be held tomorrow this might be the day for a second political bet on this site.

There is a beautiful Wikepdia article on it.

Where I stand? – geographically here. Our village was surrounded by borders, they have vanished, but we are still at the end of the road. History is a wonderfully consequential.

My sympathies? I confess I am a hard core EU-fan. The EU has reached the almost perfect form of government – a bureaucracy of consenting partners. We protect minorities, because any minority in one country is a majority in neighbouring. We are liberal to gays and lesbians and all other minorities – for pretty much the same reason, big parties lose if they do not advertise their tolerance. On its way to perfection and global justice Europe should integrate all those Africa states that want to join us – we are less than perfect as long as we remain a fortress.

My sympathies with Putin (I am not speaking of Russia) are limited on the same account. Putin wins support by forming internal majorities against internal minorities, whether they are gay, lesbian, opposition leaders or punk atheists. External conflicts are the result of this internal policy. Yet he can mobilise the majorities he forges against any neighbour – so the specific balance of power.

(1) On tomorrow’s vote: The status quo is no longer available with the forms as they printed. The supporters of the old status would have lost anyway. With strong victorious Russian forces (all self-defence) on the peninsula we will see a more than 90% pro Russian vote. “Heim ins Reich!” then, so the bitter sentence the German Historian has for this purpose. But actually I have always been a supporter of local rule (under a large pacifying umbrella though). I would not mind Scotland’s and Bavaria’s independence – any such independence will work beautifully in a EU conglomerate. The map of regional languages on the Crimean seems to call for the back to Russia vote.

(2) The new Ukrainian leaders will not like “losing” the peninsula, but basically they will see a win/win-situation (which of course they cannot openly admit): They win internal cohesion against the “external aggression”, they win massive EU and NATO-support, and they get rid of a region they could not hope to integrate anyway. What they lose is in any case far less than what they feared they might lose in recent days.

(3) The EU. Though it is sometimes portrayed as a new empire – I doubt that it actually wanted “to have” the Ukraine. Greece is nothing compared to what it now has to integrate. The original money offered to the Ukraine was almost nothing to what it now has to grant. A couple of EU-sanctions will be implemented in order to weaken Russia’s oligarchy, but otherwise the EU will do everything to have a flourishing stock market as soon as it can have it back again.

All in all I think that, paradoxically, the annexation will stabilise the present situation: Putin is strengthened; the neighbours are kept in awe without losing anything. The Ukrainian disintegration is stopped; the EU is probably weakened economically and eventually strengthened politically.

I don’t expect an immediate recognition of the new status; but then we have a similar situation with Kosovo – far more complex situation as it divides the EU and yet without more grievous consequences. So probably this is a good moment to buy shares; they should be cheap right now.