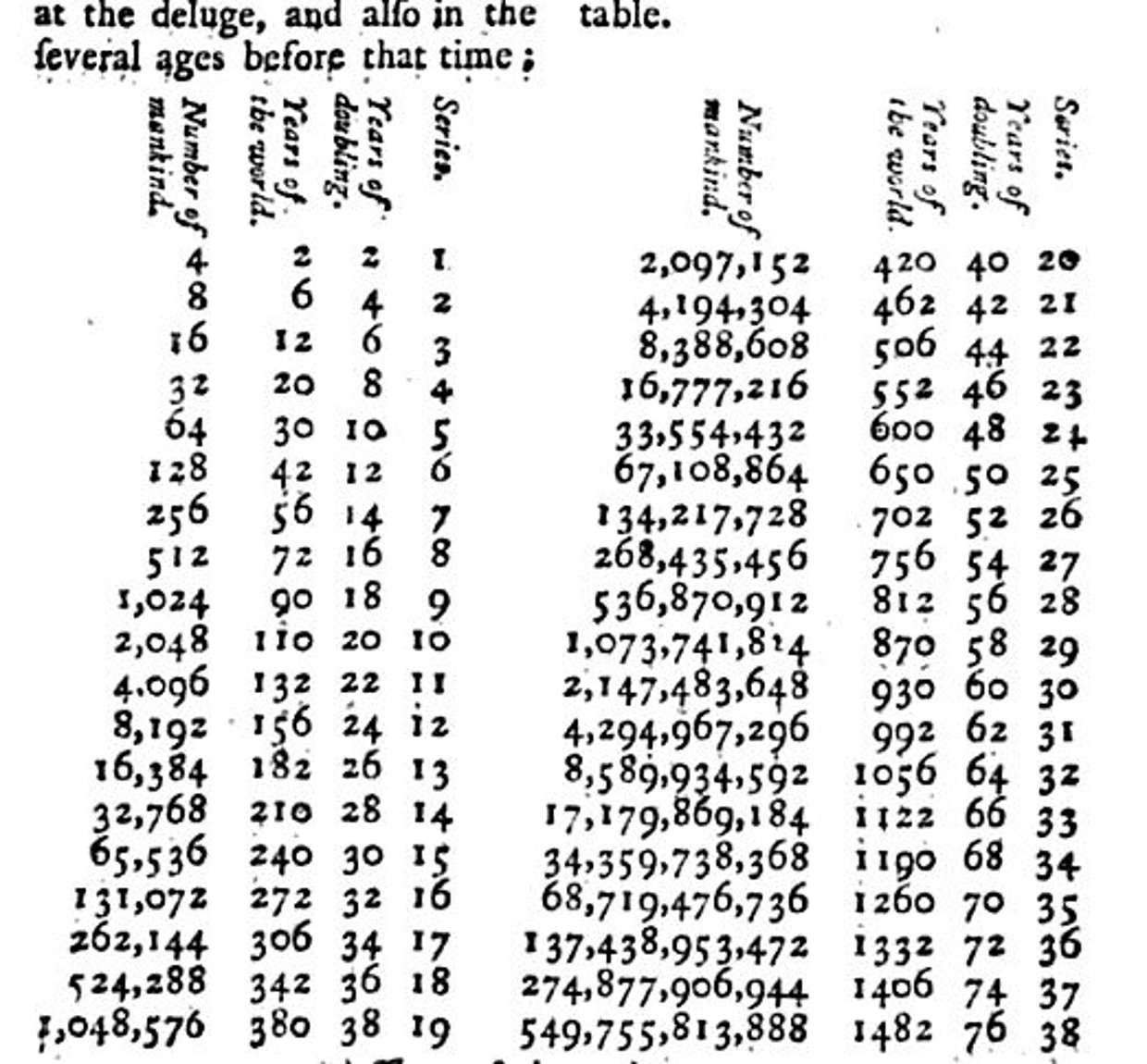 Modern creationists tend to insinuate that they do basically share the beliefs with medieval and early modern authors. That is easier said than done. The very word creationism would not have crossed a Newton’s or a Locke’s mind – though Newton spent quite a bit of his time on establishing a proper chronology and though Locke would easily refer in his Essay concerning Humane Understanding to the beginning of the world as dated in all the usual household calendars circulating around 1700.

The regular Almanacks, pronounced it: The world was created in 3950 BC. God had given us a clear account of the first six days. He had created Adam and Eve on day six, plants, fish, fowl and beef before. Two more dates were important: The flood began 1656 years after the creation and the Tower of Babel was built at least 100 years after the flood if not 300 years later – that is around 2000 BC. History as we know it began only then, and it was disruptive. Noah’s sons had to move into the world, they had to establish the framework of all modern nations before these nations could come back to Babel to be divided by God.

Early modern historians (and practically everyone else in Europe) took these dates for granted. Scholars were, of course, aware of rivalling longer time frames. Greek and Roman historians were read at schools and universities, Jesuits returned to Europe with information about Chinese historiography. The problem about Roman and Greek authors such as Eratosthenes, Varro, Apollodorus of Athens, Ovid, Censorinus, Catullus, and Castor of Rhodes was that they themselves classified their sources as either ádelon (obscure), mythikón (mythical) or historikón (historical). They thus based their own accounts on obscure and mythical data. Early modern European historians were by comparison rational when they praised the Bible as the one and only source with a swift and rational short account. Issac Newton gives the typical sneering remarks on the generations of kings other traditions introduce into their accounts in his The Chronology of Ancient Kingdoms Amended published after his death in 1728.

Radical atheists – so called eternalists – played with the idea that the world could have existed without creation. They were in a miserable situation since they could not explain why the globe was not filled with relics of all the human civilisations that must have inhabited the planet in the course of this eternity.

The antediluvian period made — with its 1656 years — a big part of human history. Northern Europe as it conceptualised itself around 1700 had not needed much more time to reach its present state. If mankind had stepped from villages to the civilisation of ancient Rome Adam within 1600 years, and if mankind had stepped from Celtic and Germanic tribes to modern nations in the last 1600 years, then: How much must it have achieved in its first 1600 years, so the question that inspired European historians around 1700. The conditions were better in the first 1600 years than in any 1600 years that followed. Adam was permitted to live through half the antediluvian period. Whatever he invented, he could make sure it grew and improved. The other family members grew even older. One could assume then, that death was a rare phenomenon during the first 1656 years and that people multiplied far better than in any later period — which allowed estimates of the entire number of people living when God eventually flooded the planet in 1656 anno mundi. The Universal History From The Earliest Account of Time gives all the rivalling computations of the best historians and mathematicians of the 17th and 18th centuries and arrives at a terrible computation. God killed more than 500 billion people back then:

The flood was a disaster of massive dimensions. It wiped out billions of people who had lived in a civilisation that must have resembled the civilisation of China around 1700, so the Jesuits, who were able to show how fast the Chinese had been back on track right after the flood. China, it seemed, had preserved the antediluvian civilisation, it had only forgotten God.

If there was one thing European historians felt slightly uneasy about it was the story of Babel. Could one imagine that Europe’s nations had gone back to Babel a hundred years after the flood to work on a tower down there? Did Europe’s languages show the signs of the divine scattering of languages? Philologers saw the interdependencies and were ready to assume that Northern Europe had actually stayed at home and preserved the Adamitic language, which was far more honourable in any case.

The wider rationality of societies without developments

The two ideas that God could have created Adam and Eve as grownups, and that Noah’s sons could have started world history all over, had massive implications. They demanded and supported a specific rationality of the individual and his society: It was known that Adam had invented the first language on day one. Was there a thing Adam could not invent right at that spot? Early modern philosophers such as John Locke were sure that Adam just like anyone else could invent practically anything any moment. We take a look at things as they are, we create ideas of what we see and we combine these ideas. If we see a nutshell floating on water, we know what a boat could look like. If we see stones we can imagine what a house built of stones could look like.

One had to assume that Adam invented a civilisation just as modern man had done only recently – after the decay of the dark Middle Ages.

What would the future look like? That was the unspectacular question to ask under the same premises of a short young Erath history. Observers around 1700 (Leibniz is an exception here) did not expect any further developments. Whatever man should be able to invent in the next 300 years one could, so the theory, invent right now in 1700. That one had not invented airplanes in the past 50 years was all the proof one needed in order to know that they could not possibly be invented. The 20th century inventor, so the premise, would not do anything else in 1913 than a present inventor could and would do right now.

The drastic thing European observers had to explain was why some parts of the world had forgotten all their knowledge about the antediluvian civilisation. Different explanations seemed plausible: the climate was rough in the north. The son of Adam who founded the first northern nation (whether in Sweden or Germany remained a matter of debate) was probably confronted with environmental conditions he could not handle. As he failed to rebuild the world of his childhood he laid the foundation to far greater failures of his children who had no idea what things had looked like before the flood and who continued in what was soon a rapid cultural decline.

The preferable option for Africa was that God had interfered and punished Ham, Adam’s son who went to Africa as told in Genesis 9.1 with a curse of implications Genesis had not detailed; but one knew these implications around 1700: blacks were born to be slaves.

No easy concept then

Early modern young earth creationism, if we want to use the modern label in an anachronism, this should be understood by any propagandist at the moment, did not operate as an isolated concept. It worked relatively smoothly in the early modern frame of thought. It correlated with ideas of what the individual could do – practically anything any time out of himself. And it correlated with ideas of what human societies could do: they, in turn, could build up any civilisation they wanted at any moment in time. All they needed was a social contract for that purpose, so the most famous philosophers of law.

Early modern philosophers could not prove their basic assumptions. Reality contradicted their premises: Children who grew up in isolation were not able to invent anything by combining their ideas. They were mentally retarded. Primitive societies were not able to invent whatsoever man could be expected to invent. Believing in the Bible one had been far too optimistic about the natural equipment of man. One had assumed that civilisation was a matter of choice not of long developments.

Things took a paradoxical turn in the 1760s when historians began to defend longer “developments”. The very word had to be introduced into a debate that had thus far thought of “revolutions”, and “changes of mind”. The more time new historians demanded for mankind to perform the slowest of all historical steps the faster their own societies began to develop – so the paradox. Those modern European nations that embraced the longer historical time frame began to invest in fast developments, whether in personal education of the entire population or in developments of their infrastructures. Once it was established that mankind had lived in the most primitive conditions for thousands of years it became clear that the future would look altogether different and that we would witness an acceleration of developments. From now onwards it would be clear that we did not just choose how we live, but that gained new options with every new invention we would make. Our inventions gave us new options to invent new things so the 19th century realisation. The notion of the future as a space of fast developments is – in a historical perspective – directly connected to the notion of the past as an era of long and slow developments. Our readiness to invest time and money into the individual’s personal development is part of the very culture that embraces the longer time frame.

Modern creationism is rather new. It has little to no connection to Early Modern antediluvian history. It is by and large a counter narrative exploiting modern scientific debates. And: Modern creationists read Darwin, they do not read those who really thought of the Bible as a historical source.

Yes, this can be added after all: Early modern creationism was scientific! Why? Because it lived in the greater framework of the scientific debate. The authors discussed their theories openly among each other. Take a look into any publication of 20th and 21st-century creationism — it will not open with a critical survey of present knowledge within the field. You will find no sign of a public critical debate among the propagators. The propagandists of creationism discuss their strategies behind doors, they work as conspirators not as scientists. They do not discuss each other. They do not test the theories of their opponents within their own field. Read the Universal History From The Earliest Account of Time in any of its 18th-century editions and you will find that exactly: The authors discuss their own theories, they criticise colleagues within their own field, they state where they have problems to explain things, in other words: they are committed to open critical and reflected research on the grounds of their own theory. The problem is of course that the critical debate they had among themselves (not as “creationists” but as regular scientists who actually believed in the Genesis as a historical account) allowed them to leave the same theory as soon as better data arrived — with excavations, with archeology, with the growing ability to read Egyptian, Sumerian and Chinese sources, and with the results other sciences began to provide of a far older planet and universe.