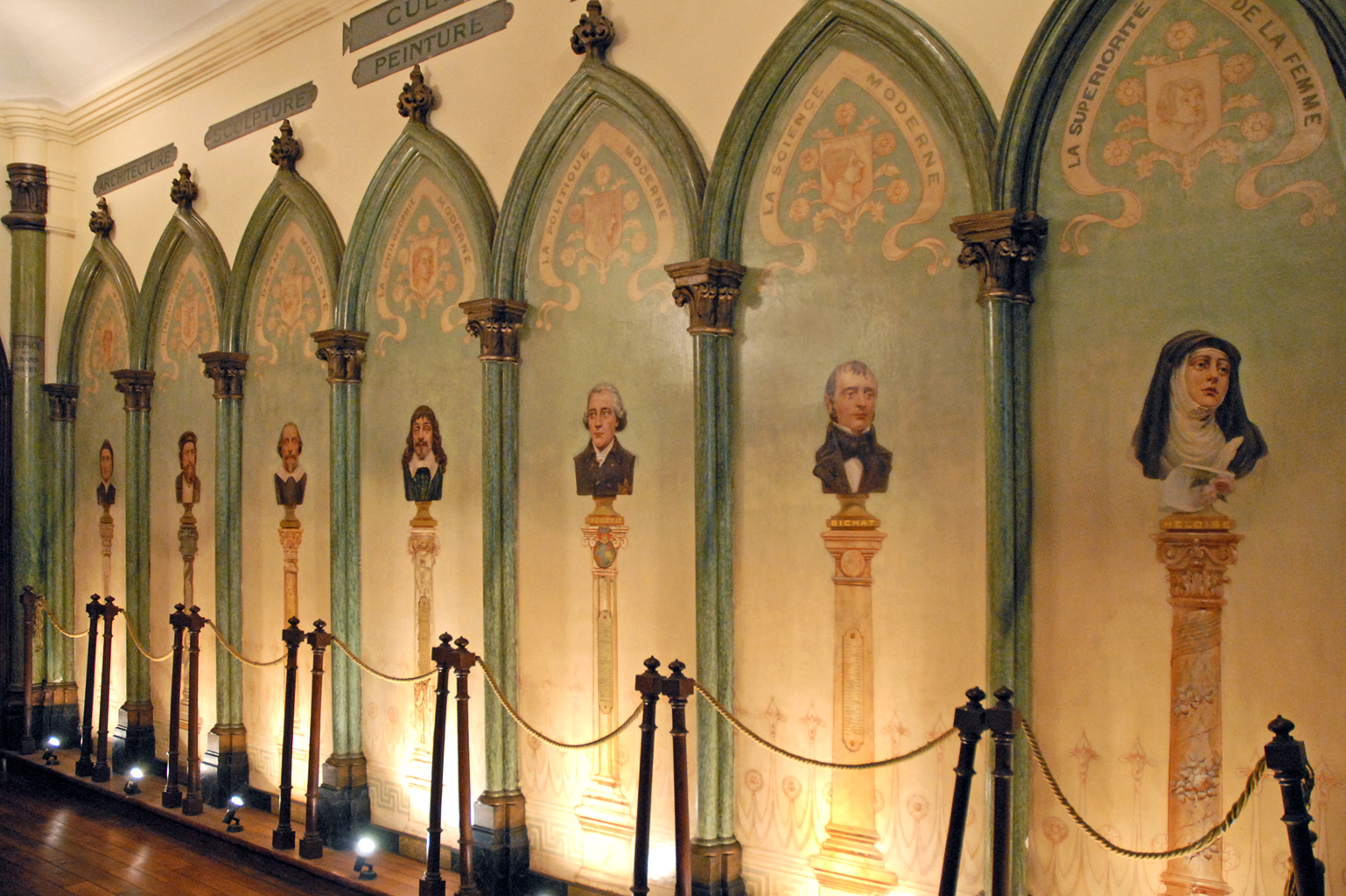 [Paul Duxbury, Beautiful Railway Bridge of the Silvery Tay] Today’s date in the Positivist calendar, devised by Auguste Comte in 1849, is Caesar 24, 224. The fifth month of this 13 month calendar is devoted to Military Civilization, if that’s not an oxymoron, and is therefore stuffed with 28 characters from military history. Each month has a particular theme – (1) The Initial Theocracy, (2) Ancient Poetry, (3) Ancient Philosophy, (4) Ancient Science, (6) Catholicism, (7) Feudal Civilization, (8) Modern Epic Poetry, (9) Modern Industry, (10) Modern Drama, (11) Modern Philosophy, (12) Modern Policy, (13) Modern Science – and each has 28 exemplars of that theme, one for each day. The title of the month represents someone who Comte considered to be its quintessential exponent. Hence Caesar for Military Civilization. You can see the whole calendar here.

As a calendar it’s brilliant – 13 months of 4 weeks with 7 days each, and an extra day (2 in a leap year). On that basis, I lauded it to skies in this blog post, with the caveat that Comte missed out on an obvious tweak to make make it well-nigh perfect – situating the extra day on the winter solstice, thus synchronizing his calendar with the seasons. Instead he started on January 1st, 1789, of the Gregorian calendar.

But I do have a problem with the “secular saints” populating his calendar. To be fair, Comte had larger fish to fry than just a rational calendar – nothing less than the establishment of a Religion of Humanity, founded on moral altruism and scientific (positivist) principles. Its pillars were altruism, order, and progress. While never realized, the idea is still influential. Alain de Botton seems to heading in that direction, with his proposal for a temple for atheists.

So it’s not surprising that Comte should have co-opted the idea of Catholic Saints Days – the French have also fully populated their calendar with them. It’s somewhat akin to the perception of cars – in the early days they were “horseless carriages” because that was the template by which they could be identified and still fit in with traditional ideas of vehicular locomotion. Only when they became agents of social change in their own right did they acquire a specific and different identity.

The difference between sacred and secular saints is worth thinking about. I propose that the reason we look up to both saints and secular figures of authority is quite similar, and it has three aspects. The first is that they represent a communion with mysteries beyond our understanding. It’s fairly obvious in religious saints, who are seen to be blessed with a particularly close relationship with God. Secular saints commune with the mysteries of worldly power and knowledge, which are usually beyond our ability to access. We can only be recipients – willing or otherwise – of the effects of that power and knowledge. The phrase, “ivory tower,” is a telling comment on the ambivalent reception such knowledge evokes.

Coincidentally, I just finished watching series 2 of the BBC documentary, Beautiful Minds, featuring the careers and discoveries of Richard Dawkins, Andre Geim, and Jenny Clack. There is something unmistakably hagiographic in the tone, much as it celebrates triumphs of the intellect.

Saints also hold out the tantalizing possibility of a career path to those dizzying heights. This is the second aspect. Think of the hagiographies as instruction manuals for Christians aspiring to sainthood, and the huge numbers of ordinary men and women in medieval times who willingly surrendered themselves to a lifetime of monastic discipline. Secular societies, on the other hand, offer an explicit and ordered way of acquiring knowledge and power. It’s still a difficult path, typically involving years of study and practice, but the way is usually open.

Finally, to put it bluntly, the saints deliver the goods. Religious saints do this by the miracles they’re credited with. It doesn’t matter that there’s no objective evidence linking cause (a bone in a shrine, perhaps) with effect – what seems like a miraculous recovery from illness. As long as cause and effect are linked by the faith of the believer, a miracle is perceived and the saint gets the brownie points.

Secular saints, scientists in particular, also deliver “miracles.” They’re on a grander scale – wiping out smallpox, for example  – and can fundamentally change the material basis and social relations of a society. But they are double-edged, not necessarily good for everyone affected by them, and often resented by people who see a wider and deeper understanding of the world as a threat. Even so, science drives technology, which creates cool, new consumer products and makes corporations very happy.

Because of the contradictions inherent in secular sainthood, their adoption by Comte is entirely inappropriate for a modern society. He hasn’t yet reached the point at which his “car” has its own identity – it’s still a hybrid “horseless carriage.” More than that, secular saints fly in the face of logic and scientific method, suggesting that he regards argument from authority as valid, or that the search for knowledge suddenly came to a screeching halt in 1849. Science is an endlessly self-correcting mechanism, as new “beautiful minds” overturn and build upon the achievements of the past. You have to wonder if he envisaged defenestrating any of the occupants from their calendrical niches in “Modern Science” if they were proven wrong.

As an atheist, I’m suspicious of any attempt to clothe positivism in the hand-me-down regalia of religion, even more so by proposing a “Religion of Humanity.” If it’s good enough to be human, and if humans can make moral judgments based on our common humanity, then why do we need to invoke the trappings of religion?

2 Replies to “The Uses and Abuses of Secular Saints”