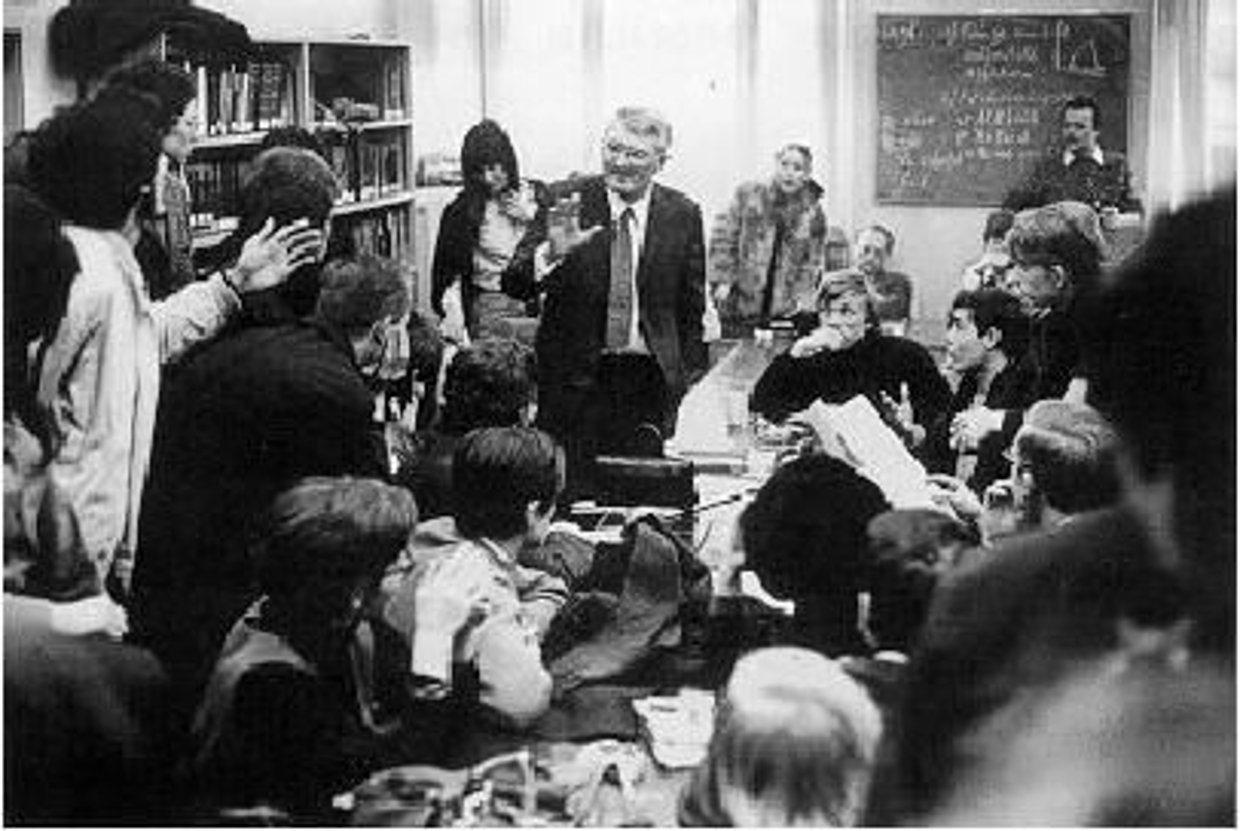 [Article from Wikipedia – and a note of irony from our side: this happens to be our most successful article on Google reference. Anyone anti-positivistic who reads it: consider to offer and authorise a better one. We are only too happy to present it positivists@positivists.org]

Antipositivism (also known as interpretivism or interpretive sociology) is the view in social science that the social realm may not be subject to the same methods of investigation as the natural world; that academics must reject empiricism and the scientific method in the conduct of social research. Antipositivists hold that researchers should focus on understanding the interpretations that social actions have for the people being studied.

In the early 19th century various intellectuals, perhaps most notably the Hegelians, began to question the prospect of empirical social analysis. Karl Marx died before the establishment of formal social science but nonetheless fiercely rejected Comtean sociological positivism (despite himself attempting to establish a historical materialist ‘science of society’). The enhanced positivism presented by Durkheim would serve to found modern academic sociology and social research, yet retained many of the mechanical elements of its predecessor. Hermeneuticians such as Wilhelm Dilthey theorized in detail on the distinction between natural and social science (‘Geisteswissenschaft’), whilst neo-Kantian philosophers such as Heinrich Rickert maintained that the social realm, with its abstract meanings and symbolisms, is inconsistent with scientific methods of analysis. Edmund Husserl, meanwhile, negated positivism through the rubric of phenomenology.

At the turn of the 20th century, the first wave of German sociologists formally introduced verstehende sociological antipositivism, proposing research should concentrate on human cultural norms, values, symbols, and social processes viewed from a resolutely subjective perspective. Max Weber argued sociology may be loosely described as a ‘science’ as it is able to methodologically identify causal relationships of human “social action” — especially among ideal types, or hypothetical simplifications of complex social phenomena. As an antipositivist, however, one seeks relationships that are not as “ahistorical, invariant, or generalizable” as those pursued by natural scientists.

Ferdinand Tönnies discussed Gemeinschaft and Gesellschaft (lit. community and society) as the two normal types of human association. For the antipositivists, reality cannot be explained without concepts. Tönnies drew a sharp line between the realm of conceptuality and the reality of social action: the first must be treated axiomatically and in a deductive way (‘pure’ sociology), whereas the second empirically and in an inductive way (‘applied’ sociology). The interaction between theory (or constructed concepts) and data is always fundamental in social science and this subjection distinguishes it from physical science. Durkheim himself noted the importance of constructing concepts in the abstract (e.g. “collective consciousness” and “social anomie”) in order to form workable categories for experimentation. Both Weber and Georg Simmel pioneered the verstehen (or ‘interpretative’) approach toward social science; a systematic process in which an outside observer attempts to relate to a particular cultural group, or indigenous people, on their own terms and from their own point of view.

[Sociology is ] … the science whose object is to interpret the meaning of social action and thereby give a causal explanation of the way in which the action proceeds and the effects which it produces. By ‘action’ in this definition is meant the human behaviour when and to the extent the agent or agents see it as subjectively meaningful … the meaning to which we refer may be either (a) the meaning actually intended either by an individual agent on a particular historical occasion or by a number of agents on an approximate average in a given set of cases, or (b) the meaning attributed to the agent or agents, as types, in a pure type constructed in the abstract. In neither case is the ‘meaning’ thought of as somehow objectively ‘correct’ or ‘true’ by some metaphysical criterion. This is the difference between the empirical sciences of action, such as sociology and history, and any kind of a priori discipline, such as jurisprudence, logic, ethics, or aesthetics whose aim is to extract from their subject-matter ‘correct’ or ‘valid’ meaning.
— Max Weber, The Nature of Social Action 1922

Through the work of Simmel, in particular, sociology acquired a possible character beyond positivist data-collection or grand, deterministic systems of structural law. Relatively isolated from the sociological academy throughout his lifetime, Simmel presented idiosyncratic analyses of modernity more reminiscent of the phenomenological and existential writers than of Comte or Durkheim, paying particular concern to the forms of, and possibilities for, social individuality. His sociology engaged in a neo-Kantian critique of the limits of human perception. One may say Michel Foucault’s critiques of the human sciences take Kantian scepticism to its extreme over half a century later.

Antipositivism thus holds there is no methodological unity of the sciences: the three goals of positivism – description, control, and prediction – are incomplete, since they lack any understanding. Some argue, even if positivism were correct, it would be dangerous. Science aims at understanding causality so control can be exerted. If this succeeded in sociology, those with knowledge would be able to control the ignorant and this could lead to social engineering. The perspective, however, has led to controversy over how one can draw the line between subjective and objective research, much less draw an artificial line between environment and human organization (see environmental sociology), and influenced the study of hermeneutics. The base concepts of antipositivism have expanded beyond the scope of social science, in fact, phenomenology has the same basic principles at its core. Simply put, positivists see sociology as a science, while anti-positivists don’t.

The antipositivist tradition continued in the establishment of critical theory, particularly the work associated with the so-called ‘Frankfurt School’ of social research. Antipositivism would be further facilitated by rejections of ‘scientism’; or science as ideology. Jürgen Habermas argues, in his On the Logic of the Social Sciences (1967), that “the positivist thesis of unified science, which assimilates all the sciences to a natural-scientific model, fails because of the intimate relationship between the social sciences and history, and the fact that they are based on a situation-specific understanding of meaning that can be explicated only hermeneutically … access to a symbolically prestructured reality cannot be gained by observation alone.”